Previous: CDQ Condemns DJ Cuppy’s Speech At The Global Citizens Event In Berlin, Educates Her On What She Should Have Said
By Taiwo Oluwafemi | May 23, 2019 | 12:11 - Leave A Comment 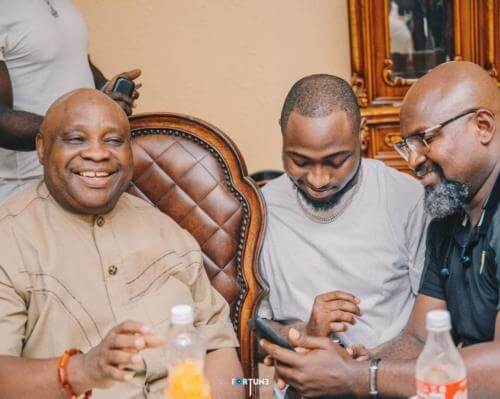 Davido’s uncle; senator Ademola Adeleke has sued the Inspector – General of Police; Muhammed Adamu over being held in custody on the 6th of May, 2019.

Senator Adeleke who is currently in a legal battle to take over the seat of governorship of Osun state from the All Progressives Congress candidate; Gboyega Oyetola after he filed a law suit against him and his party; APC accusing them of irregularitties in the last Osun gubernatorial election has now filed a law suit against the IGP through his lawyer; Kanmin Ajibola.

Adeleke, his fundamental rights to personal liberty and right to freedom of movement during the on-going governorship saga to be enforced by the court of law.

He didn’t stop at filing a law suit against the IGP alone but also the Asssistant Inspector-General of Police, Zone 11, Mr Leye Oyebade; & Assistant Commissioner of Police, Simon Lough;  and an Assistant Superintendent of Police, John Faluyi.