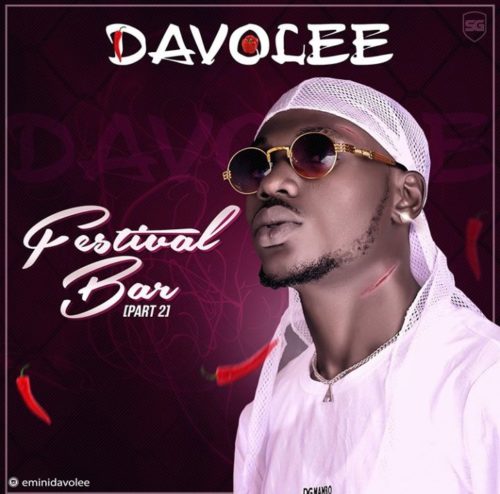 After his official exit from YBNL, rapper Davolee comes through with the Part 2 to his ‘Festival Bar’

Talented Sensational act Davolee has built an organic viral buzz over the past year, he released ‘Festival Bar’ in 2017 and now he returns with the second part of the banging freestyle for the street. The rapper tells his hustle story on this rap drama tagged ‘Festive Bar 2’, his smooth delivery about his hardship and road to fame, makes his lyrics speak to the street.

“Festival Bar Part 2” was produced by Unbelievable Beats… He has more episodes/parts in stock where is promises to speaks about the green light he got from YBNL boss, Olamide.

For now listen and enjoy ‘Festival Bar (Part 2)’ below

[Lyrics] Davolee – “Give Away” (Blaqbonez Diss)