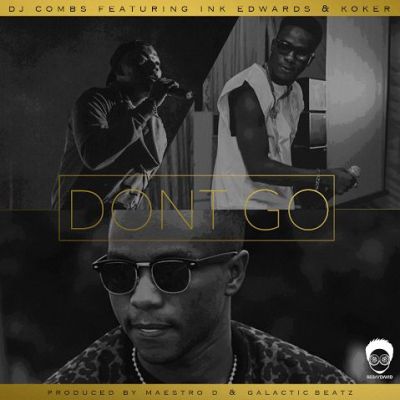 Over the years, DJ Combs has been consistent in the industry and has performed as a Disc Jockey (DJ) at notable events in Nigeria and beyond, promoting how resourceful Nigerian DJs could be on the turn table.

Having thrilled at the GLO Avert in 2014, MTV Base All White Christmas Party in 2015, Gov. Fashola’s Law Conference in 2015 among other notable events, DJ Combs’ craft has been honoured with many awards and nominations by different prominent award shows like the Surulere Entertainment Award (SEA), Nigerian Meritious Awards (NIGMA) and more.

The magic finger, DJ Combs came through with his 2016 debut single, “Don’t Go” assisted by versatile new school singer, Ink Edwards who has successfully carved a niche for himself in the music industry and Koker who’s ‘Kolewerk’ single is still sounding flamboyantly in fans brains.

“Don’t Go” was produced by highly experienced sound engineers; Maestro D and Galactic Beatz. You are surly going to like this song. Listen and enjoy!