DJ Cuppy – An Epitome Of Talent & Hardwork, A Victim Of Undeserving Hatred, A ‘Headache’ Of Many Nigerians 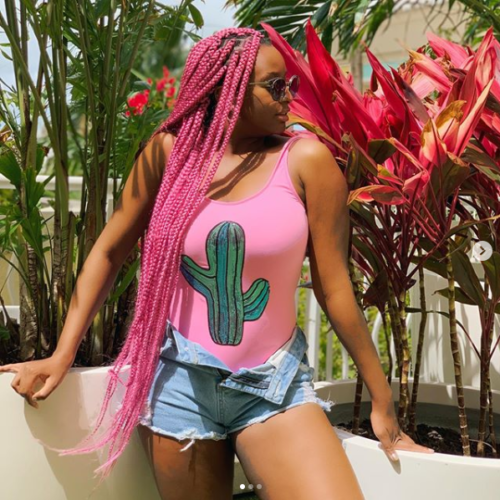 DJ Cuppy’s resilience and hard-work are what have established the superstar DJ as one of the most famous music personalities within the Nigerian music industry and outside of it.

Referred to by some as the female version of Davido, Cuppy just like the music superstar is from a privileged background but has to live and thrive inside regular, hateful comments.

It has become a norm in this part of the world that people just naturally feel hatred for any privileged person who is thriving absolutely well amongst people from humble (poor) background. It is believed that once you are a rich kid and you are doing so well for yourself, your success must have been as a result of the fact that your family’s riches is what has made you breakthrough.

Your talent, skill, resourcefulness, diligence, innovation, creativity, time-dedication, bravery, confidence and risk-taking decisions would be less regarded or ultimately ganged-up-against, while your wealthy background would not be even used to celebrate your success but instead be used to spite you and what ever you have achieved.

The reason why that has come to be is really beyond what i can imagine and it constantly baffles me that some people find it as the easiest of things to do.

Not moving anywhere away from the topic, DJ Cuppy absolutely fits into the shoes of someone whose personal values are constantly not appreciated but rather gets the stick for being the daughter of a billionaire.

Truth be told, Cuppy isn’t the best of singers or the most talented of music artistes, but first, it has to be agreed that she isn’t a musician but a disc-jockey. I know questions like “when she knows she doesn’t know how to sing, why then does she sing?” would have filled your hearts, it is normal, but you have to understand that everyone always would feel the urge at some point in time to try something new.

She has felt the urge to delve into part-time singing which is a show of her bravery, and it has paid-off well for her. Let’s do a little bit of illustration, if a student gets correctly 4 out of 6 questions in an examination, what does it mean? it means the student has simply passed the test, right?

It even makes it a lot easier within the music industry. DJ Cuppy had 6 songs prior to the release of “Gelato” featuring Zlatan, out of those 6, you can lay claims to 4 that made and still make music fans feel good. “Green Light” ft Tekno was a hit, “Vybe” ft Sarkodie was big in Ghana, “Abena” ft Kwesi Arthur, Ceeza Milli & Shaydee is a hit, “Currency” ft L.A.X also bangs. All these songs are signs that Cuppy is not just only a big asset within the music industry but an inspiration to a lot of people, especially young females and therefore should be appreciated rather than despised. As a matter of fact, not even a lot of Nigerian male musicians can boast of having 4 hit songs out of 6.

Let’s even shift our gazes away from her involvement in making music and let’s focus briefly on her primary job which is disc-jockeying. As a DJ, Cuppy has been able to perform at places where even some of the male DJs can only dream of, which is a sign of how skilled she is when it comes to scratching her fingers off in order to become the life of a party. She’s performed at the One Music Africa Fest, recently concluded Afro-Nation Fest in Portugal, Davido’s 30 Billion Concert, Pepsi Rhythm Unplugged, MTV Africa Music Awards, Financial Times Luxury Summit in Mexico, Tatler & Christie’s Art Ball in London and many more.

Apart from the awesome places she’s performed at, i have witnessed her perform at events and it must be told that she truly is skilled.

Cuppy’s consistent hard-work has led her to drop another single, “Gelato” with rave of the moment, Zlatan. The song as expected is getting a lot of thumbs-down which i do not second. I feel it’s a great song and one that would penetrate the street and make legs to move with skill and at quick pace. In as much as the song was not done with the intention to spread motivational messages or inspire anyone that feels in disagreement with what he/she is getting from life but strictly for the dance-floor, then it’s a perfect jam. Cuppy should however be appreciated more for her smartness to convert a moment of fun with her dad in Italy to a song. Another sign of innovation and bravery.

Conclusively, Cuppy is a huge ambassador of not just Nigerian or African entertainment in general, but also an inspiration for every young woman out there who seeks motivation to achieving the impossible and therefore, she should be celebrated not bullied.

F.F.T: Nigerians should have a change of heart towards  people who are privileged, hate is one of the biggest pioneers of stagnation or backwardness. It does not allow you move forward, especially when the person you hate constantly and consistently achieves success, it holds you to ransom and may eventually make you delve into what would destroy you.

Spread love and be happy for someone who does better than you, so your free & happy heart would lead you to a land full of milk and honey.

“DJ Cuppy – An Epitome Of Talent & Hardwork, A Victim Of Undeserving Hatred, A ‘Headache’ Of Many Nigerians”, 4 out of 5 based on 7 ratings.

Nifemi is a graduate of the University of Lagos. He's a unique user of the pen when it comes to the expression of whatever. He is editor-in-chief of the organization and also a writer of news, articles, editorials and a lot more to help expand the level of knowledge of the readers and simultaneously have them entertained. A lover of music and football is who he is and a Man Utd die-hard.
Submit your comment
7 total comments on this postSubmit yours
Popular Posts