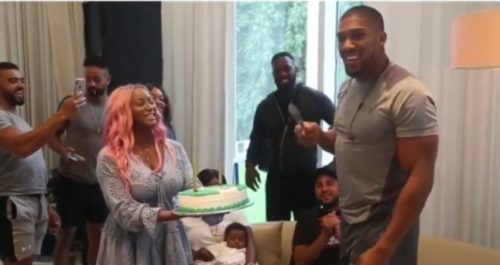 Dj Cuppy and Heavyweight champion, Anthony Joshua were rumored to be a couple after they were spotted chilling in different locations together. They fueled more dating rumors after Joshua gifted Cuppy a neckpiece worth millions of naira. However, the “Gelato” singer thrashed such notions after announcing that she is single and searching.

Idowest has brought back the rumors by making a shocking revelation about the couple. The rapper who hopped on the latest trend by making a cover to Mayorkun’s “Geng” exposed the couple’s secret affair. He said this in the Yoruba language “Won ni pe Joshua la DJ Cuppy” which means Joshua has been sleeping with DJ Cuppy.