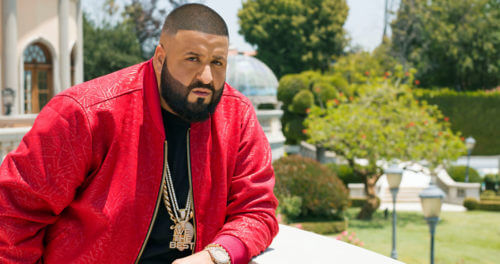 There are reports are currently  spreading like wildfire in the American entertainment scene that DJ Khaled is currently feeling disgusted by the actions of Billboard that caused his album, “Father of Asahd” the number one spot on the Billboard charts, losing to Tyler Creator’s multi-dimensional album, “IGOR.”

Reports surfaced that DJ Khaled feeling anger by the loss, stormed into Epic Records Offices in a highly temperamental mood as he talked down Tyler’s album.

According to what has been reported by The Blast, an entertainment media giant in the United States, DJ Khaled originally never had any issues with Tyler which negates the rumour being spread that he is hating on the artiste. According to some sources, it is Billboard in itself that the superstar DJ is actually angry with.

Reports claimed that Billboard didn’t approve 100,000 downloads of Khaled’s music which has affected him getting to the first stop and this has caused the DJ to express fury at the organisation for jeopardizing his effort after compiling a star-studded album.

“DJ Khaled Expresses Great Anger Towards Billboard As His Album Fails To Make Number One Spot”, 5 out of 5 based on 1 ratings.