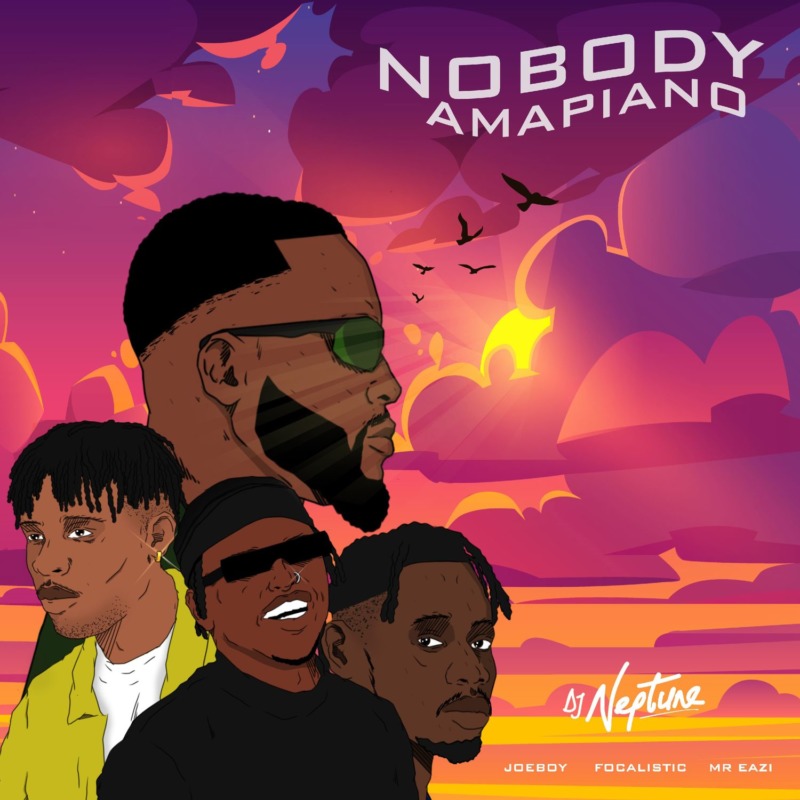 DJ Neptune return to Hit us with a new banger tagged- “Nobody Amapiano” featuring Joeboy, Focalistic and Mr Eazi.

“Nobody Amapiano” Ever Blazing disc jockey, DJ Neptune releases a fresh sound of Nobody featuring South African Buzzing act, Focalistic (aka Pitori Maradona), delivered in the addictive South African Amapiano sound, produced by Eternal Africa. He Refix his Hit sound by teaming up with rising star, Focalistic, in addition to Joeboy and Mr Eazi once again.

“Nobody” was the next single off Neptune’s yet to be released project tagged ‘The Greatness II‘ [Sounds of Neptune]. About this new record DJNeptune said: “When Joeboyy voiced the hook on ‘Nobody”s beat, I already knew it was a hit even before he delivered his verse. Immediately I buzzed Mr Eazi up and told him I wanted him on it. Eazi heard the song and didn’t hesitate to jump on it and in no time his vocals were in. This is how we created ‘Nobody,’ another smash hit by DJ Neptune a.k.a #Greatness.”

Since the release of the original version in March, the record has surpass 10 Million streams. Has over 13 Million on Audiomack and the Video with more than 16 Million views on Youtube and still counting. So far its one of the Biggest sound of 2020. To appreciate music fans for the love shown Neptune serves a Bigger dance version that comes with good African tune.

Enjoy! ‘Nobody Amapiano‘ below