DJ Neptune Or DJ Spinall – Which DJ Has The Bigger Hit Songs? 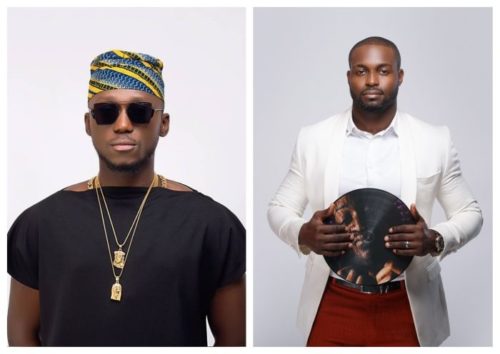 DJ Neptune and DJ Spinall are two of Nigeria’s biggest Disc Jockeys (DJ), in fact, they are currently the hottest “turntable kings” in the country.

Both are commercially successful with them being able to boast of huge sales and streams regarding their albums and singles.

Neptune and Spinall have one thing in common apart from their primary jobs, and that is the fact that they have both featured some of the biggest names in the Nigerian music industry on their songs which have turned out to be massive hits.

However, having found themselves delve into a job that has an overwhelming level of inevitability in terms of Comparisons of ‘players’ skills of how they go about their crafts, these two are often compared.

They are compared as to who is a more skilled DJ, who is more recognised on the international scene and who’s got more swagger as a DJ.

These factors outlined in the 5th paragraph are worthy of comparisons truly, but we are not looking to compare them with a question that would be leading to that line rather one that would be focusing on their songs.

Therefore, we ask, between DJ Neptune & DJ Spinall, who has the bigger  hit songs?

Nifemi is a graduate of the University of Lagos. He's a unique user of the pen when it comes to the expression of whatever. He is editor-in-chief of the organization and also a writer of news, articles, editorials and a lot more to help expand the level of knowledge of the readers and simultaneously have them entertained. A lover of music and football is who he is and a Man Utd die-hard.
Submit your comment
17 total comments on this postSubmit yours