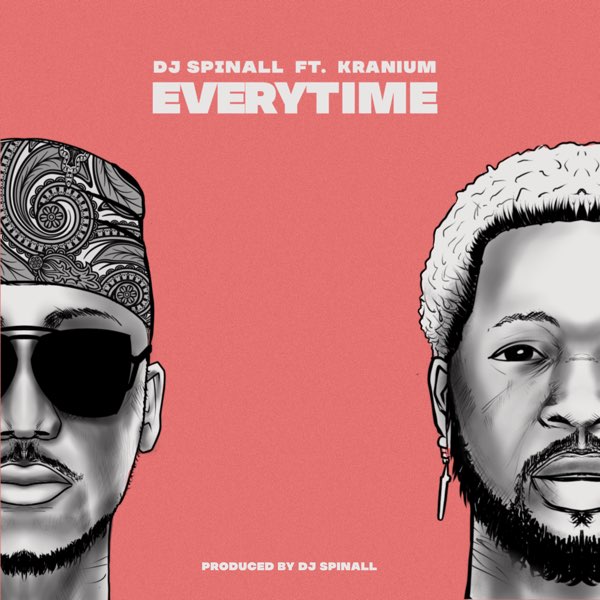 “Everytime” performed by DJ Spinall and Kranium… After the successful release of his previous single ‘Tonight’ with Afrobeat new Wave- Omah Lay, Spinall releases a new Summer banger tagged “Everytime” with Tonight still doing magic on playlists and receiving streams. This time around employs the services of International act, Kranium who blessed this mid-tempo sexual jam with his magical vocals.

DJ Spinall is the Afrobeats pioneer that has remained central to the global visibility of the culture rich genre that has taken over the world with its ability to make the heart beat and the feet dance. Visionary and experimental in his application to test the genres boundaries and move it in to new realms, he teams up with dancehall sensation Kranium for his new, self-produced release ‘Everytime’.

DJ Spinall is one of Africa’s most recognizable and successful DJs. The DJ, producer and songwriter, with his signature African cap, is well known for his large catalogue of hit singles, his supreme skills on the decks and for collaborations with the likes of Wizkid, Burna Boy, Davido, Wande Coal, Tekno, Tiwa Savage, Yemi Alade and more, across four studio albums and a number of singles. With a number of big singles, awards, He is currently making power plays and connecting with the worldwide market in order to expand his incredible network and continuing to open up new grounds for DJs from the African continent.