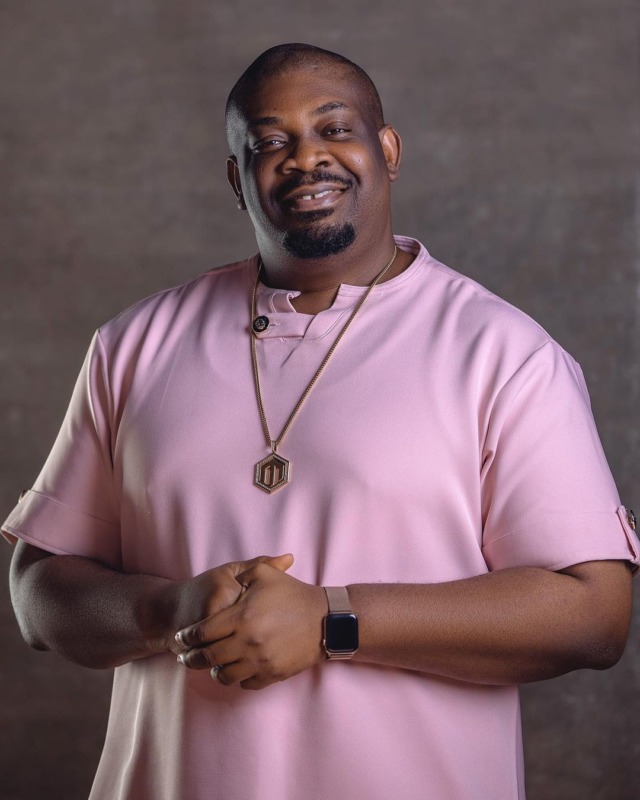 Ayra Starr might not know this, but she’s a bloody good samaritan.

The 19 year old put a smile on the faces of many, and no we are not talking about her songs, but her boss’s generosity.

While others promote their artists’ songs via tik tok dance challenges, Don refused to maintain the status quo as he rewarded 5 fans that streamed the song 100k each.

The fans brought the receipts of the transfer to Twitter, thanking Don Jazzy for his kindness. Some expressed surprise on how they became 100k richer by streaming her Ayra Starr songs. 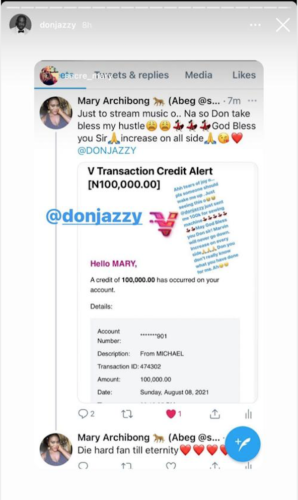 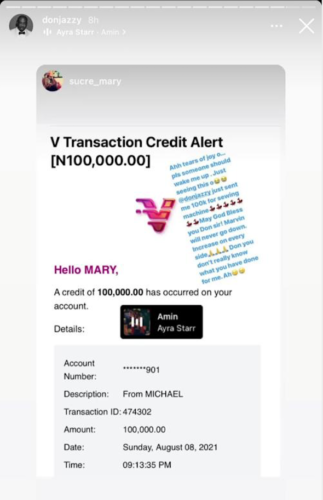 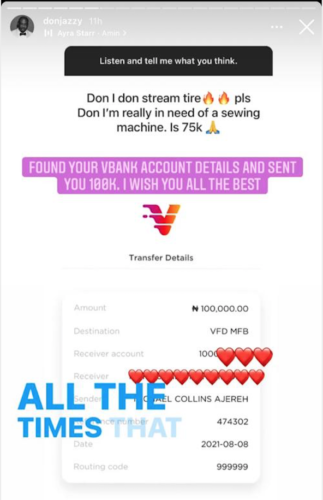