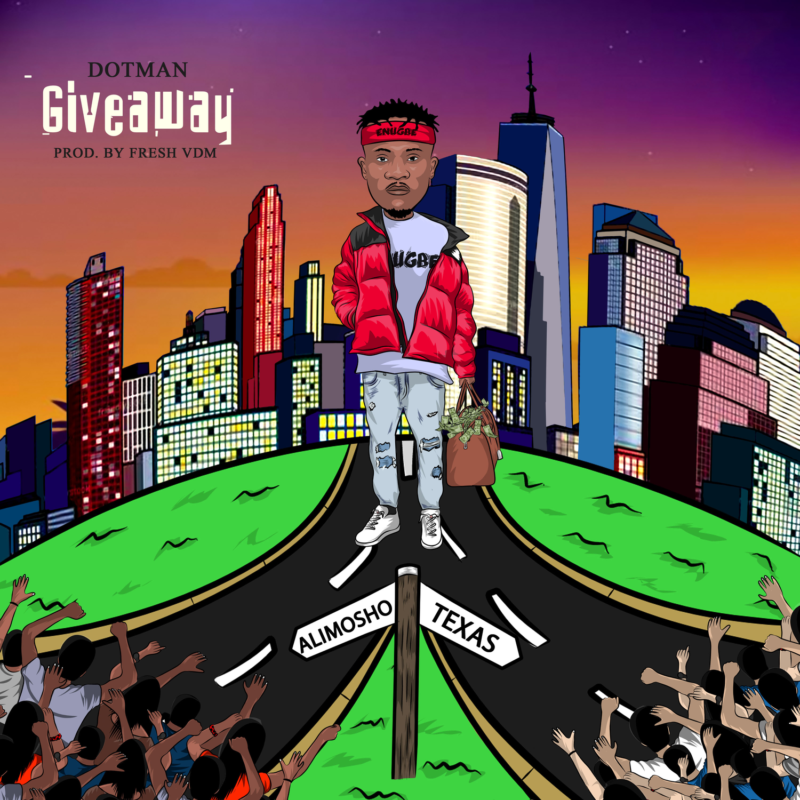 Dotman comes through to round up the year with this new banging record titled “Giveaway”.

“GIVEAWAY“, Labo Entertainment Afrobeats custodian Dotman has kept the grind running in 2020 with hits making up the expected highly anticipated No collaboration album Hakuna Matata (the album) and of that is the Fresh VDM dubbed tune titled Giveaway.

Dotman has held evolved and held down the streets, countdowns and top charts with previous singles both in Nigeria and abroad with singles like his global hit AKUBE, MY WOMAN, AFRO GIRL featuring Mr Eazi, ENU GBE , AWE AND FEELINGS, the talented singer has kept his eyes on the prize and says he deserves more credit, because he has paid his dues and he has earned it.

‘Giveaway‘ the tune with a heavy kick, daring drums and melodious instruments mixed and mastered by Marqaii talks about the rise, fall and rise again of a promising star who came into the game trying not to step on the toes of the heavyweights or industry gatekeepers who decide who cross into the mainstream and is successful hit nerves.