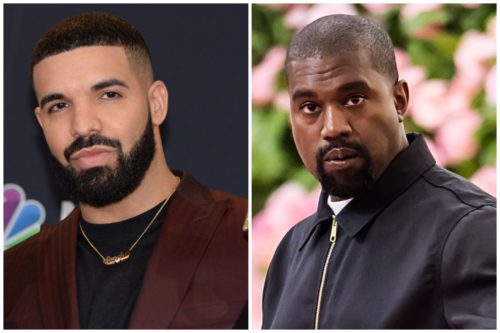 Drake and Kanye have had an on-and-off beef for the last 12 years now, but what happened over the weekend is beyond what we would have ever imagined happening. This comes after Drake’s latest diss on Trippie Redd’s new song “Betrayal.”

All these fools I’m beefin’ that I barely know/ Forty-five, forty-four (burned out), let it go/ Ye ain’t changin’ shit, it’s set in stone, sang Drake on the song, also referencing Kanye’s age and the DONDA delay, which some fans have assumed was pushed back to compete with Drake’s album drop.

Kanye however sent this to a group that he and Drake belons.

In the early hours of the morning, Drake seemingly responded to Kanye leaking his address, posting a video of himself laughing on Instagram Stories as he rode through the streets of downtown Toronto.