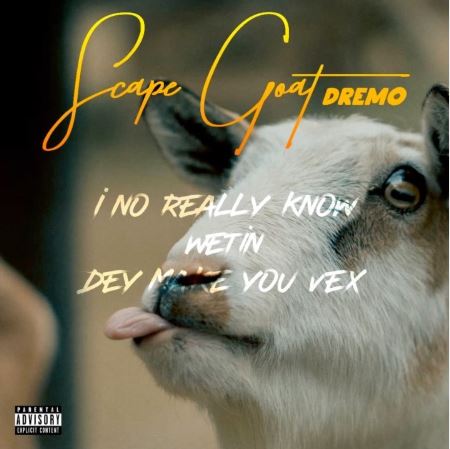 DMW’s wordsmith, Dremo comes through with a new single tagged “Scape Goat“. This a diss track for the Ex YBNL’s rapper Davolee in response to the one he served for Blaqbonez (Give Away) on which he called out Drizzy, Falz and Ycee.

Dremo goes hard on him by belittling him, he calls him a pussy rapper and a depressed one. Drizzy shows his rap genius side by using all the rapper Davolee dissed to Diss him back and tear him apart. He warns Davolee to keep his name off his mouth cos they are not mate and on the same level.

Finally Drizzy advises Davolee who he called an Angry & Hungry rapper to stop picking on fight and pick on beans. This DMW rapper got no chill… Listen!!!