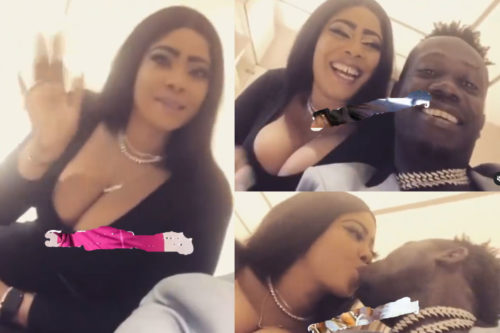 Nigerian musician, Duncan Mighty gives love another chance after his ordeal with his ex-wife, Vivian.

This is coming months after he accused his estranged wife, Vivian of allegedly colluding with her mother to kill him.

Duncan Mighty’s separation from Vivian was made public on social media after both parties decided to throw tantrums at each other. However, Duncan accused his ex-wife, Vivian of trying to kill him after she continuously poisoned his food for about 2 years and 11 months.

On social media, he said Vivian Nwakanma and her family you’ve not started running yet if you like run to the moon the wrath of GOD must hunt you, people, you poisoned my food and bathing water for 2years and 11months but GOD ALMIGHTY stood by me, if you people have succeeded in killing me you would have told the world I died of hard drugs but MERÇY SAID NO….. 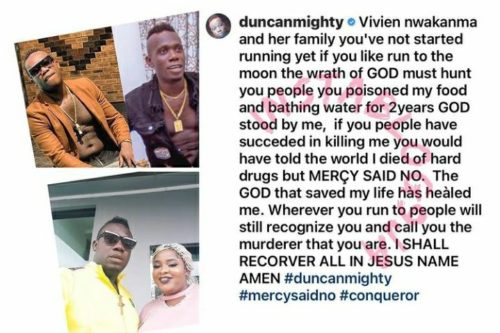 However, in a video that has circulated cyberspace, the self-acclaimed Porthacourt’s first son was seen kissing his new partner as they spend quality time together.