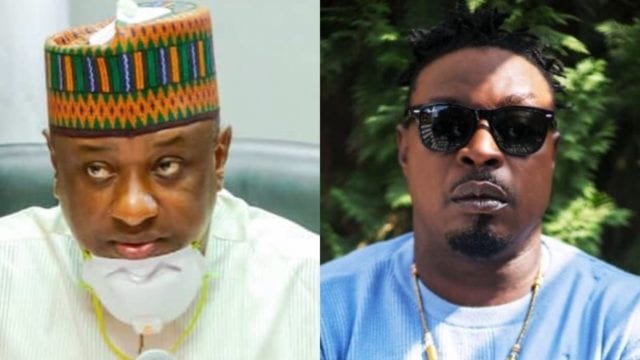 Minister of State, Labour and Employment, Festus Keyamo, and Nigerian singer-activist, Eedris Abdulkareem have been trending on social media following the remix of ‘Jaga Jaga’.

It all began when the distinguished Minister called out Eedris for allegedly blackmailing him. According to Festus, Eedris has never missed an opportunity to call out his name in his songs, throwing shades at him. Festus Keyamo referred to Eedris’s attempts at dragging attention to his personal business as “a poor attempt of Blackmail”.

Festus Keyamo in a series of tweets shared the origin of the beef. He gave a detailed narration of how he met Eedris and how Eedris begged him for money to pay his hotel bills and cater for his sick mum.  Festus also disclosed that Eedris begged to be introduced to Malami and Amaechi. To back up his story, Festus dug up screenshots of their conversation from 3 years ago.  See below 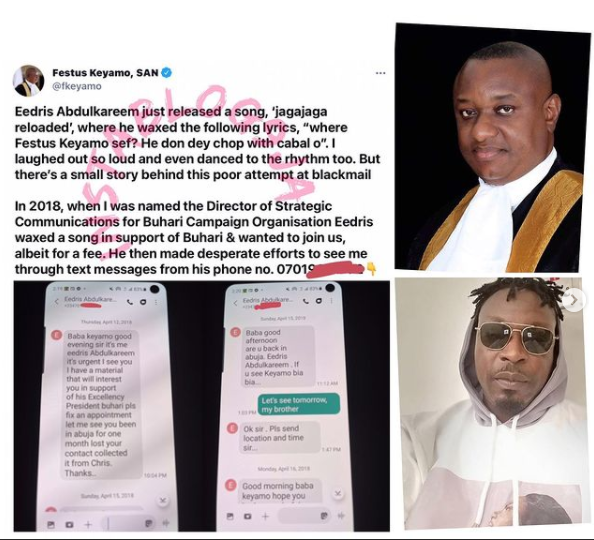 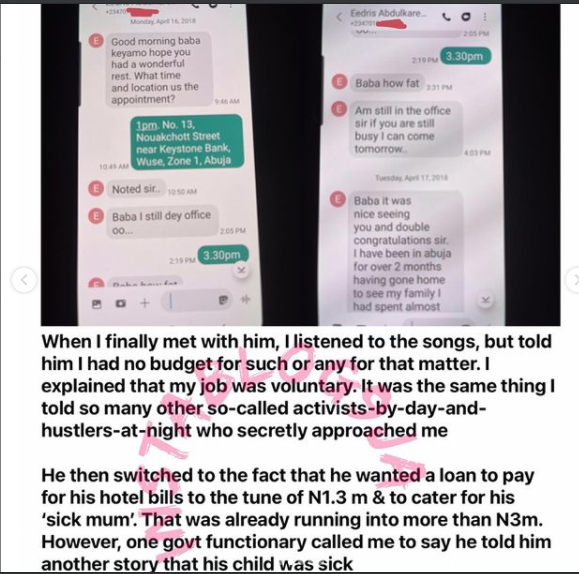 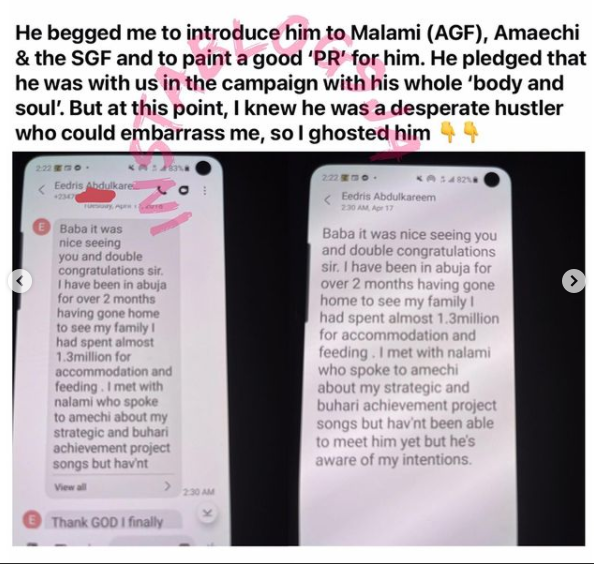 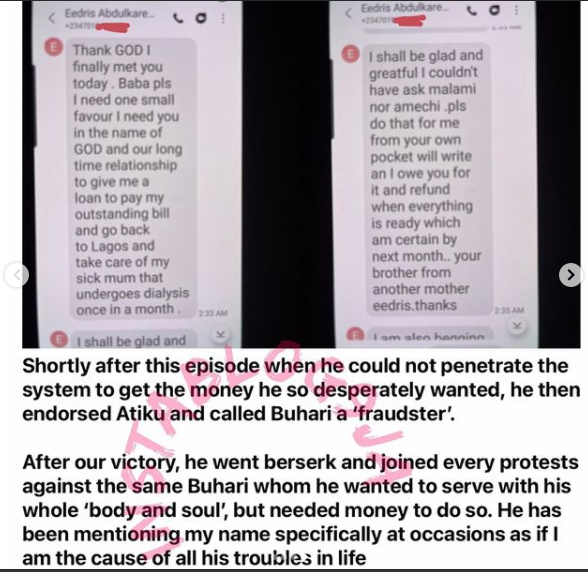 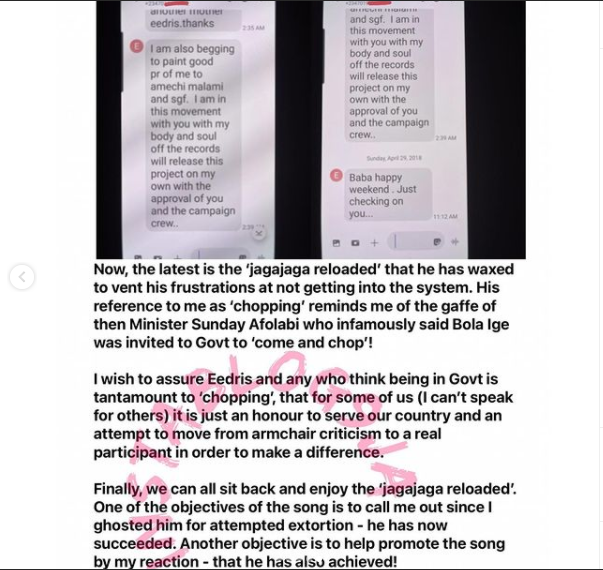 Following Festus tweets, Nigerians began dragging Eedris Abdulkareem. The Activist was forced to respond to Festus accusations.  According to him, Festus is the real blackmailer for keeping screenshots of a conversation that happened three years ago. Eedris admitted he reached out to Festus to help save his mother, but Festus refused to help him. He stated he had so much hope in Festus but was utterly disappointed when he joined the ‘cabal’ and covered up the killings at Lekki Toll Gate.

Eedris opened up about going to the studio for Jaga Jaga Reloaded to bring down the Cabal. He expressed joy that a member of the cabal, Festus has shown himself to the public. 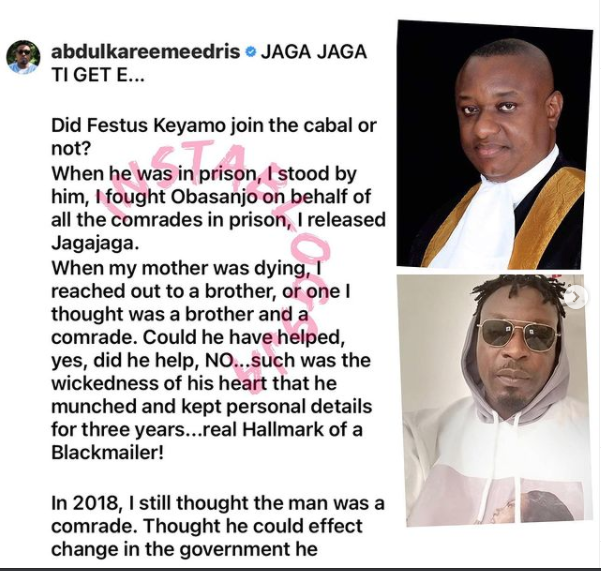 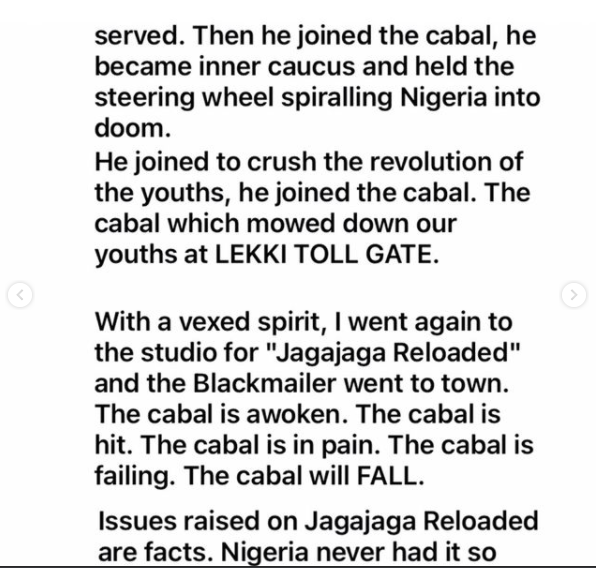 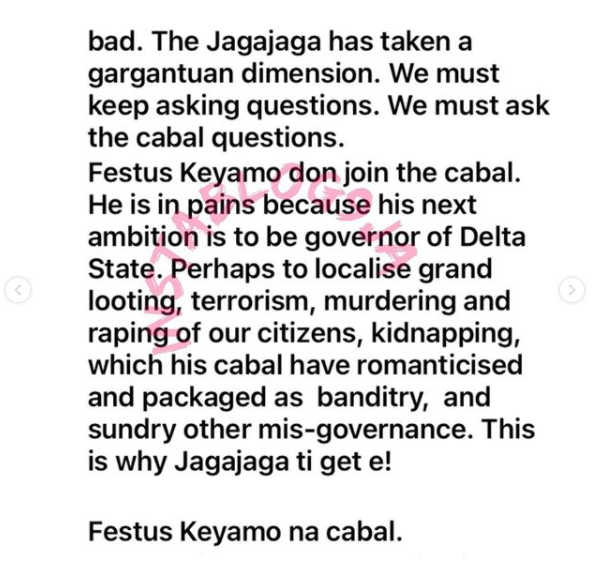 “Dbanj Does Not Have Talent, He Is Stupid To Have Left Don Jazzy” – Eedris Abdulkareem

Eedris Abdulkareem Tells Burna Boy To Bow Down & Respect Davido, Says He Can Never Be The “Odogwu”

How Obasanjo, Charly Boy, Festus Keyamo Sold Me Out After My Fight With 50 Cent- Eedris AbdulKareem Speaks