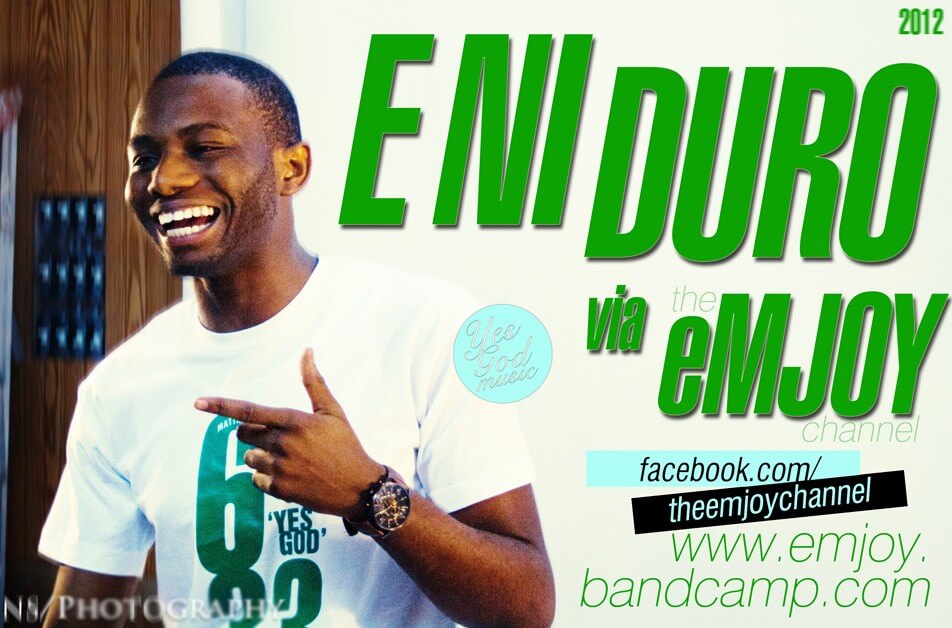 This track is titled “E Ni Duro”, from quickly-emerging gospel artist, eMJOY (aka the eMJOY Channel). Here the hailed clever rapper takes on the Afrobeat/house ‘Riverbed’ instrumental by Braille from the UK and makes it his own in this “No holding back” jam.

Sonically, eMJOY is an artist who pursues creating a style of music which is intrinsically African and of world-wide appeal. Since his first break out single, “Gracias O se Merci” (2011) – dancehall/Hip-Hop genre yet Nigerian- apparently he only veers closer in that direction.