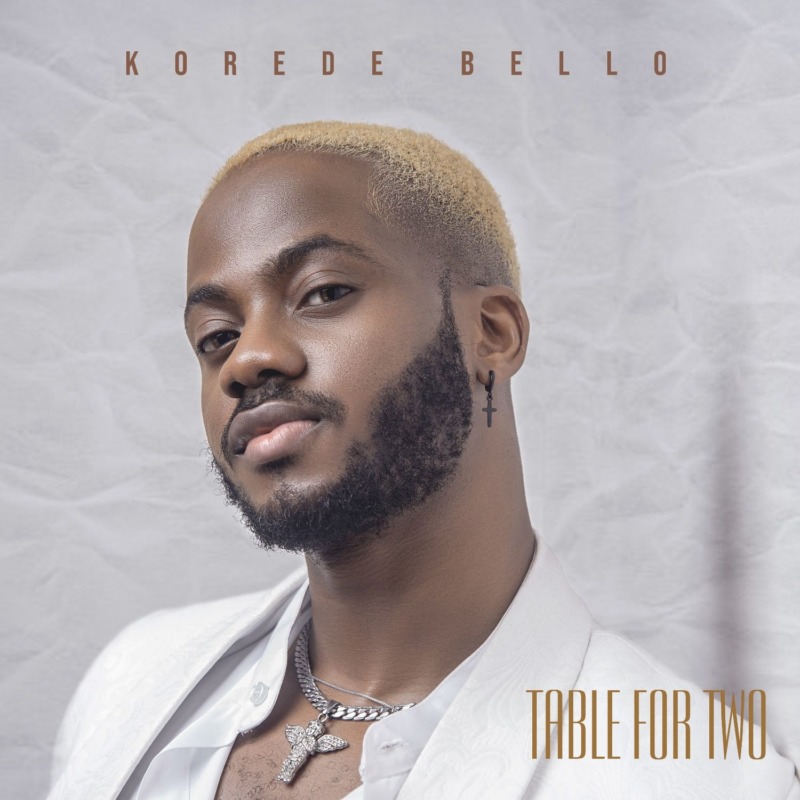 Mavin’s ladies man/artiste, Korede Bello serves us with his ‘Table For Two EP’ as promised. The new body of work is a 5 track solo project without any feature or guest artiste. For this Solo project Korede Bello worked with 4 producers; Rexxie, Princeton Beats, Johnny Drille and Ozedikus. 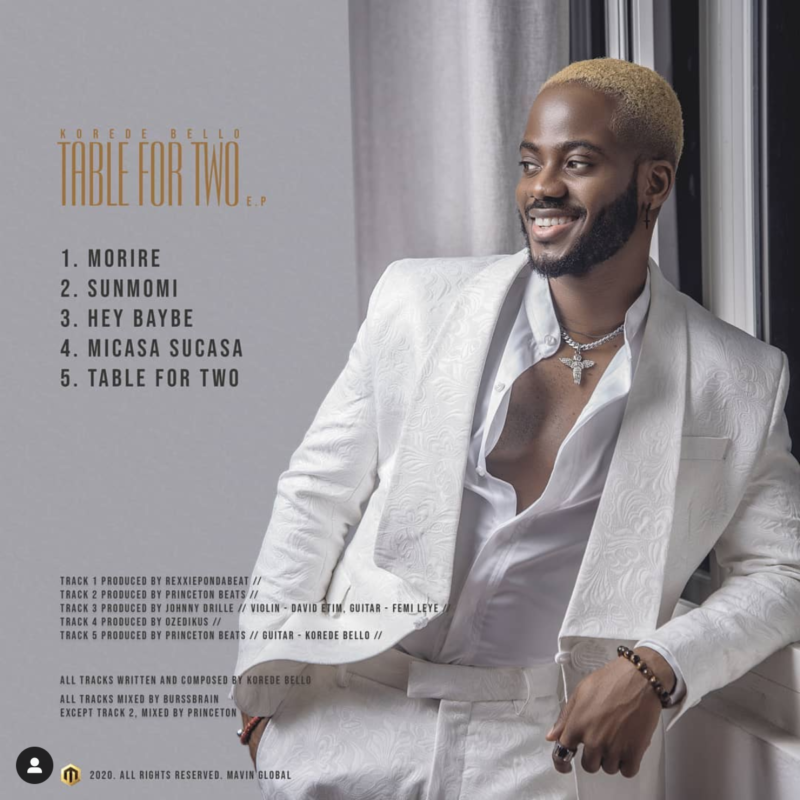 Nigerian pop star, Korede Bello is an award winning musician popularly known for dropping monster hits like ‘Godwin’, ‘Romantic’, ‘Do Like That‘, ‘Work It‘ and ‘MR Vendor‘. He is a graduate of Mass Communication from the Nigerian Institute Of Journalism and Mavin’s MegaSuperStar, the ladies artiste. Before 2020 the singer hasn’t been consistent with the release of songs, in 2019 he released only one song – ‘Mr Vendor’. After that he went low and rebranded himself. 2020 came and he set off with a new vibe and look on ‘Sun Momi’. “Sun Momi” is a Yoruba word that means (come closer to me). The Mega Superstar sings for his lady, the only one he was to see in the morning, call when lonely and give his all. He tells her to draw closer to him so he can love her tenderly. After that he gave us his recent single ‘Mi Casa Su Casa‘, An R&B track with heavy pop influences centered around pillow talk and modern-day love with sweet lyrics that exposes Korede’s flirty side, perfectly laced with his soothing and sonorous voice.

Not stopping on the second single Korede came through with “Morire” and announced his forthcoming EP (Table For Two). This third single is filled with grateful and thankful Lyrics. Korede counts his blessings and gives thanks to God for the wins. On the newly released EP it comes in as the first track. The EP unveiled two new tracks; ‘Hey Baybe’ (Track 3) and ‘Table For Two‘ (Track 5).

Listen and Enjoy ‘Table For Two EP’ below