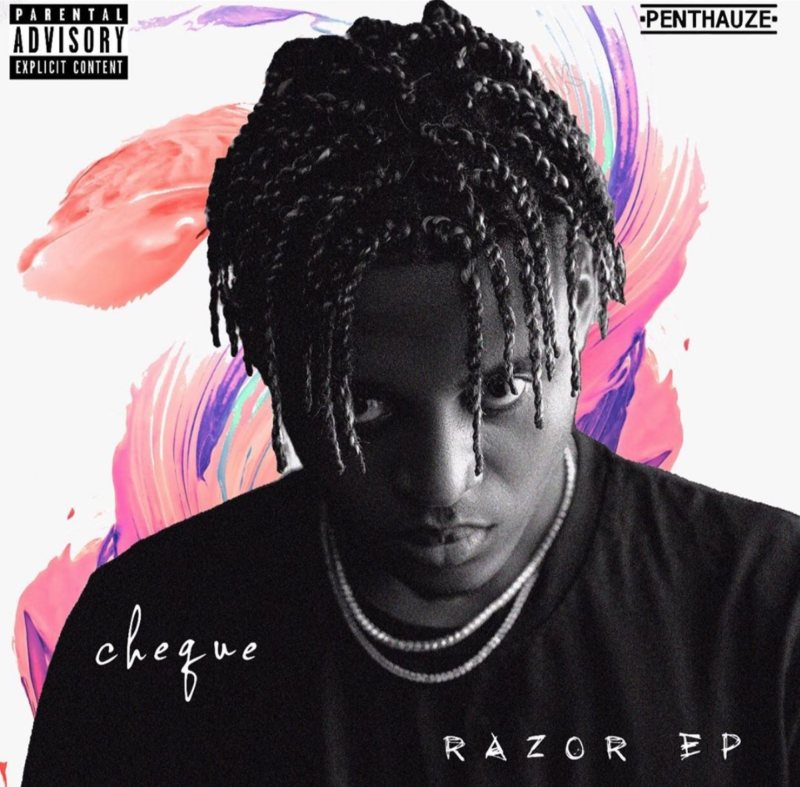 Cheque – “Razor” EP… Following the announcement by Phyno about a year ago, subsequent feature ‘Recognize’ and release of his impressive verse in ‘Warlords’ by Olamide, Exciting and emerging Nigerian rapper CHEQUE kicked start 2020 with his first single – ‘SATISFIED‘, a syrupy and hit potential record released via Penthauze Records imprint. Produced by Masterkraft, his new single ‘Satisfied’ sees Cheque in his glorious form as a versatile musician. He waxes lyrical about deserving satisfaction from the opposite gender, using his smooth delivery and catchy flow to great effect. His delivery on the Swaps-mixed ‘Satisfied’ shows unforgettable cadence, right until he brings the track to the perfect crescendo. GET AUDIO HERE

After the success of his 2020 debut single – ‘Satisfied‘, Cheque follows it up with the release of his debut music project (Body of Work) titled “Razor” The EP.

The EP is a 5 track body of work with no feature (guest artiste). Peep below for the Track-listing and production credits… 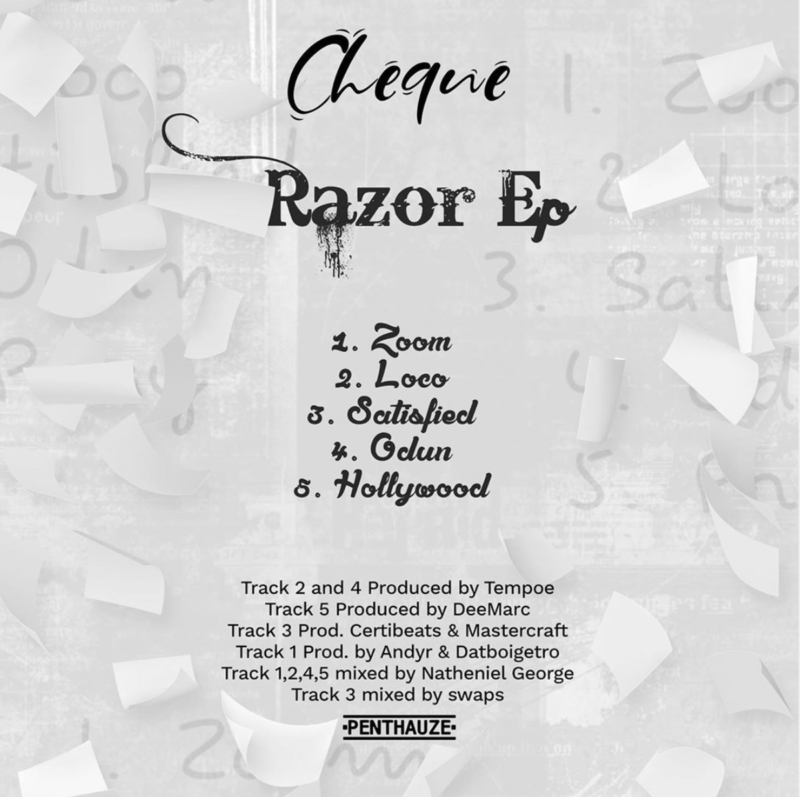 Listen to “Razor” full EP delivered by Cheque below

Born Akanbi Bamidele Brett, Cheque was known as ‘Kyle B’ until his signing to Penthauze Records in February 2019 where he has contributed to hits like ‘Nyem Space,’ as well as his acclaimed solo debut tracks on the label – “Jeka soro”, “Pain Away” and “Abundance”. Cheque is a super talented Nigerian singer, rapper and Chemical Engineering graduate that hails from Ondo State, Nigeria with music influeces evidently from diverse genres of both local and international artists.