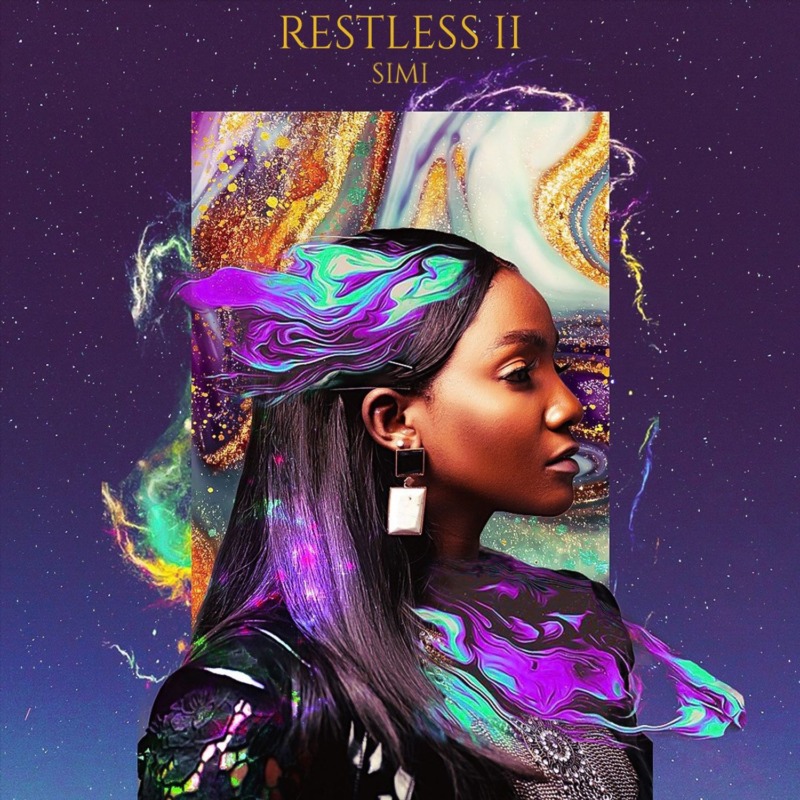 Simi fulfils her promise as she drop a highly anticipated body of work – “Restless II” EP introduced by the single – “No Longer Beneficial”.

“Restless II” EP, Since her signing to X3M Music in 2014, Simi has released hits including – Tiff, Jamb Question, Love Don’t Care, Smile For Me and also featured in number of hit records such as ‘Soldier’, with Falz, ‘No Forget’ , with Adekunle Gold, ‘Orire’, with Legendury Beatz and a few others.

In 2016, she released an E.P with acclaimed rapper, Falz, titled Chemistry.

Later on Simi dropped her Sophomore album “Simisola” in Sept, 2017. The ‘Simisola’ album hit the Billboard World Music charts at number 5, debuted at number 1 on both the Apple Music and iTunes chart, and held its position for three weeks. The album, which currently stands at number 2, is still going strong. Lead single, ‘Joromi’ became an instant favourite, ringing through the airwaves of both local and international radio, all tracks on the album were hits and loved by all. After the success of her Sophomore album “Simisola”, Simi released another Album “Omo Charlie Champagne” which housed hit songs; ‘Jericho‘ featuring Patoranking, ‘By You‘ featuring Adekunle Gold, ‘Mind Your Business‘ featuring Falz and the Single ‘AYO‘.

Forward to 2020, Simi after the huge success of her debut single ‘DUDUKE’ releases a brand new EP, body work titled “RESTLESS II”. She welcomes this music project with the world premiere of the EP’s lead single ‘No Longer Beneficial’.

“Restless II” is a 16 minutes, 6 tracks EP which features UK female rapper, MS Banks, AfroSoul singer, WurlD and her multi-talented husband, father of her child, Adekunle Gold. With productions from Sess and Oscar. 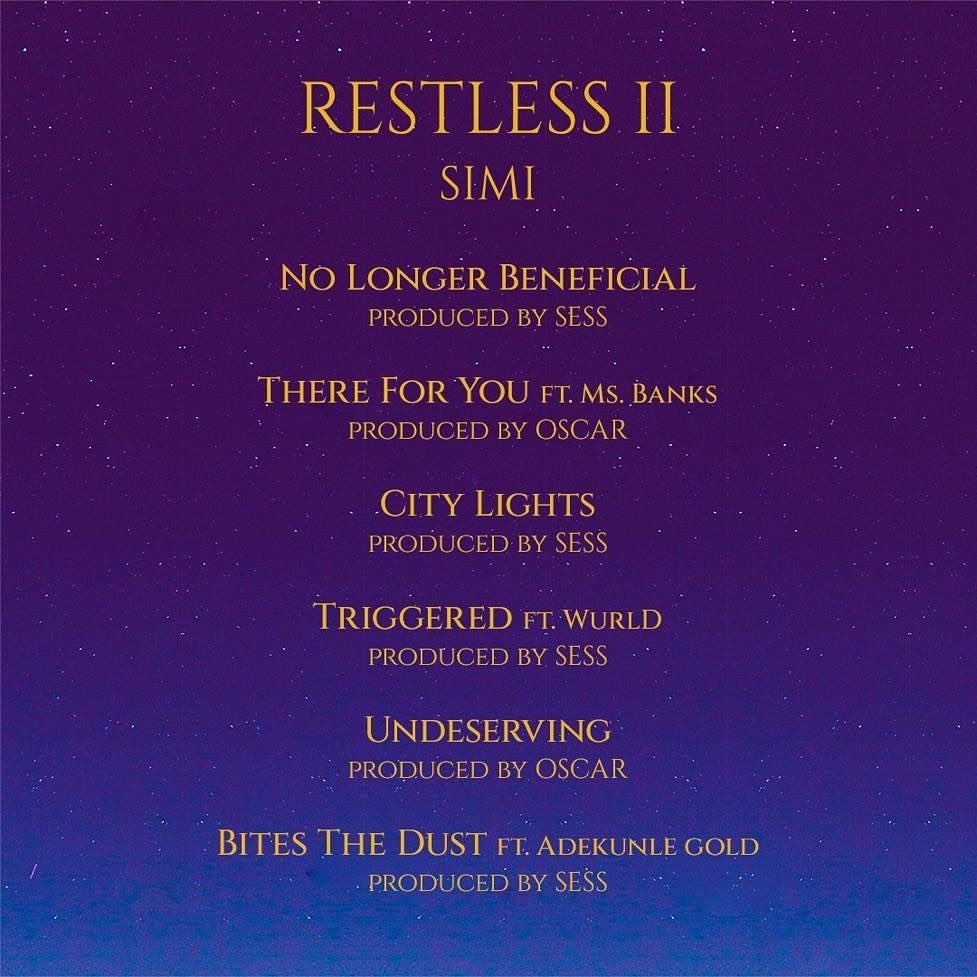 According to Simi a Multi-talented music act who isn’t just a singer, songwriter, producer but also a Sound Engineer, “I mixed these songs, so trust me when I say you need headphones for the full experience“…