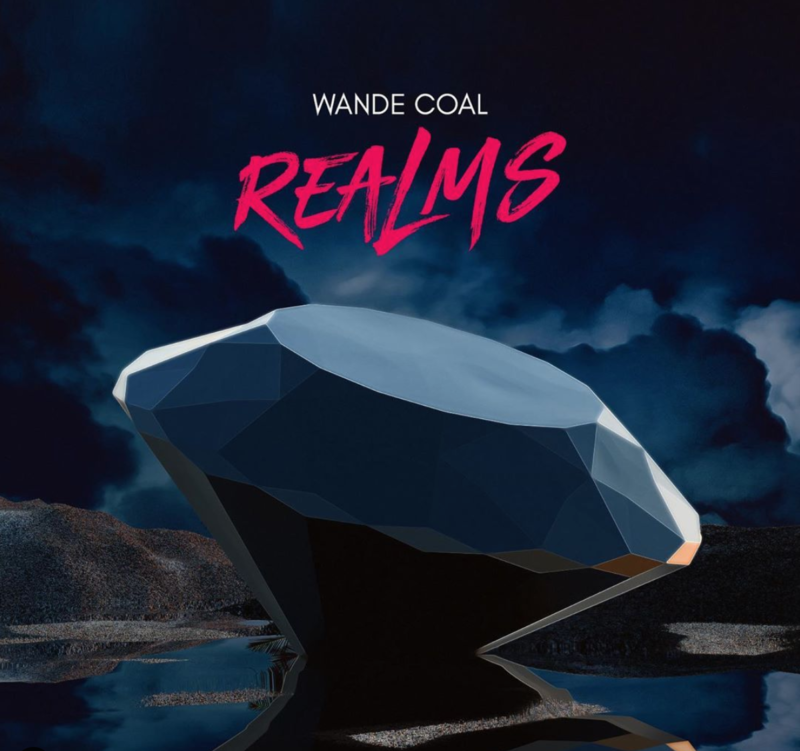 Black Diamond, Wande Coal releases a new music project titled “Realms” under his new music distribution company EMPI.RE. EMPIRE is an American distribution company and record label founded in 2010 by Ghazi Shami with its headquarters in San Francisco, California and offices in New York City, London, and Atlanta. It has released albums in various genres but it is predominantly focused on hip hop music. Many prominent companies and artists have partnerships with EMPIRE with their music being distributed across digital platforms such as iTunes, Google Play, Amazon, Deezer, Spotify, SoundCloud, and Rdio, along with physical CDs and vinyl being distributed to traditional record stores. EMPIRE has supported the debut albums and early singles of a number of early artists, frequently signing young talent.

REALMS by Wande Coal consist of 7 tracks housing King Coal’s 2020 debut mega hit song “Again” the next single ‘Naughty Girl‘ which is still basking, taking over parties and his previously released songs in 2019; ‘VEX‘ and ‘Ode Lo Like‘. The new EP which has 4 previously released songs comes with three new tracks; ‘CHECK’, ‘EVER BLAZIN’ and A Remix to the hit single ‘AGAIN’ which has American-Nigerian rapper, Wale on it.

See Track-listing below for more details and the EP’s productions credits.. 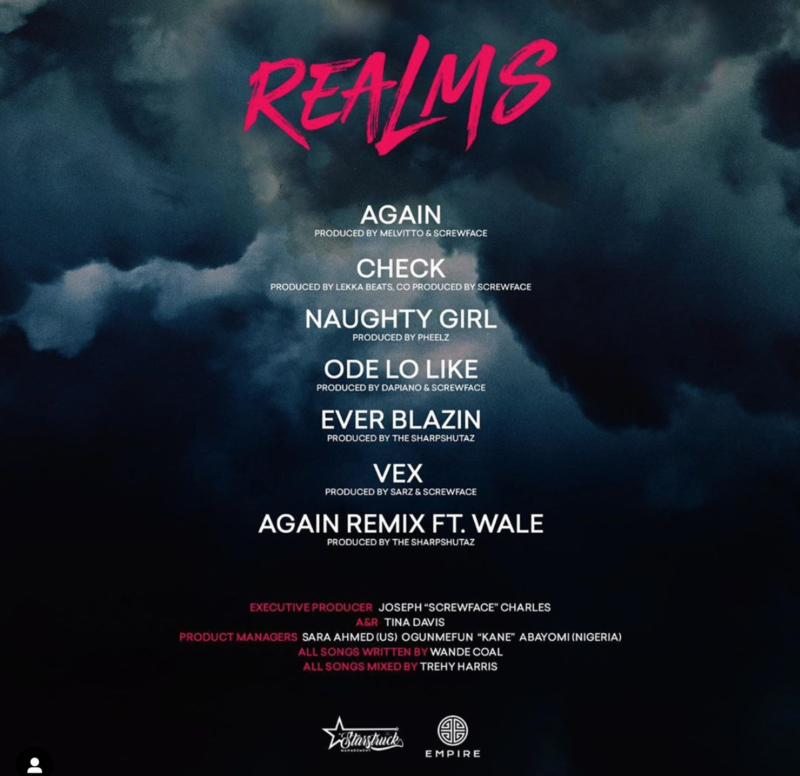 Iyana teams up with Wande Coal aka Iskaba to deliver this detty December tune - "Change Am". Talented singer and...