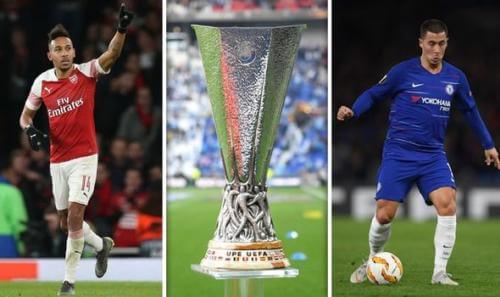 It going to be a London affair at Baku. Chelsea and Arsenal will be facing each other on Wednesday, 29th of May for 2018/2019 Uefa Europa League Final at Azerbaijani, (Baku Olympic stadium).

This will be Arsenal’s last chance to qualify for 2019/2020 Uefa Champions League, their spot will be granted if they get to win the Final. Chelsea are hoping to add to their Europa title glory but will be playing the game without their engine room, N’golo Kante due to injury.