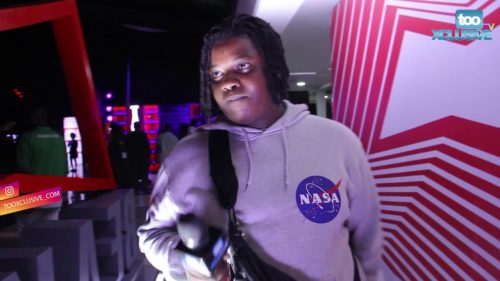 Barry Jhay in a recent interview with Tooxclusive at the Bud X party in Lagos has revealed he wishes Kizz Daniel well despite all the alleged wrongdoings he has done against him.

The talented and glorious voiced singer shocked everyone on the internet when he disclosed how Kizz Daniel allegedly tried to mess up his career and how Davido saved him from Kizz.

He however in the interview sent love to Kizz Daniel regardless. He also speaks about his new song and his next moves in the industry.