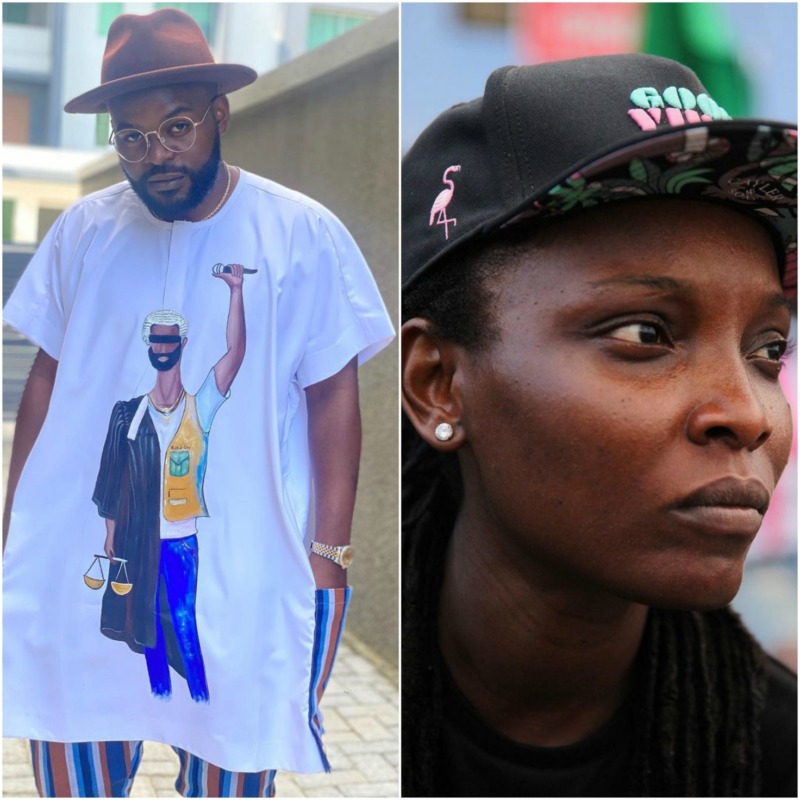 Nigerian music acts, Falz and Dj Switch have shared their experiences about the recent Lekki Tollgate shootings and the #EndSARS protests.

In a recent interview with GQ, both music acts spoke about the Lekki toll gate shootings, the current state of the #EndSARS movements, threats, and the need for justice.

According to Switch, she is currently on the run after she received a phone message that she would be shot. She added that she was also advised to go into hiding and since then she has never spent more than a night in the same location. It would be recalled that the disc jockey was one of the protesters present at the Lekki massacre. Switch recorded the shooting on her Instagram Live where thousands of people both locally and internationally could see.

“I thought I was going to die,so let’s make sure the world sees this so they don’t change the story and tell people that we killed ourselves…I didn’t want us to die in vain.”

Falz who just like DJ SWitch led one of the first #EndSARS protests alongside Runtown on the 8th of October shared his experience. The rapper who has since then has been interviewed by CNN’s Christiane Amanpour on the #EndSars protest stated that he is not afraid to die.

“We thought maybe 50 to 100 people would come out but on that first day more than 2000 people showed up”.He added that he is eager to rebuild a better Nigeria and that this movement if continued, will help fix it. When asked if he feared for his life:“I’d rather die fulfilling a purpose than die for nothing,” he states. “I’m not afraid to die.”

When asked Falz about a possible return of the movement, he said the timing is unknown for now and it will be unwise to return to the protest after a lot of lives have been lost very recently.