Falz – “One Trouser” (Prod. by Bizzouch) 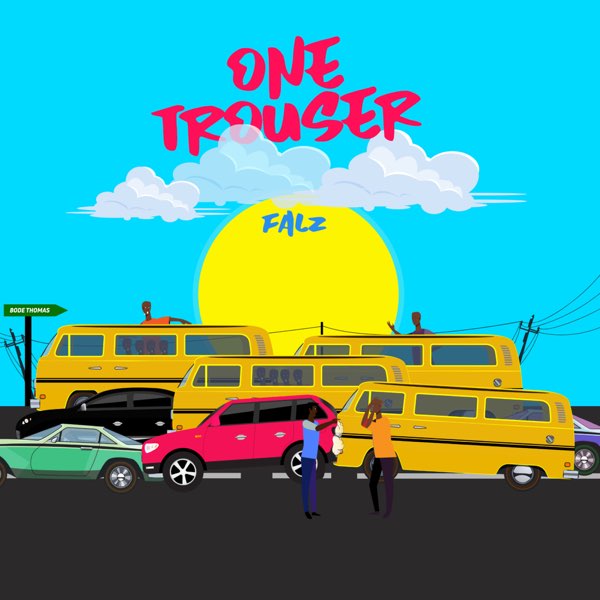 Our beloved act, Falz returns with a brand new single titled “One Trouser”, produced by Bizzouch.

Multi-talented artiste (Musician/ Actor/ Entertainer/ rapper) and President of the SBA, Falz release a new Afrobeat jam – “One Trouser“. The record is a real life situation song which talks about Lagos transporting system, the Drama all drivers face daily.

This coming in after the huge success of his 2020 debut single ‘Bop Daddy’. FalzTheBahdGuy delivered this club hip-pop track with bass, vibe and the big boy melody. Folarin is probably the most versatile artiste in the industry at the moment, he can switch at anytime comfortably. Be it rap, trap, singing and even comic acting. He joins the Europe scene by working with Ms Banks, an up-and-coming UK rapper hoping to take the south London sound global. The 24-year-old is one of the country’s fastest rising talents in UK rap right now and has bagged herself a prime spot performing alongside Little Mix at this year’s BRIT Awards.

‘Bop Daddy’ got lots of attentions, streams and turn to a Hit! thanks to viral videos and challenges from music fans done through the Tik-Tok App during the total Lockdown phase.

Riding on the success of his previous single FalzTheBadGuy serves us this new tune “One Trouser”. The title is the English subtitle of the Yoruba adage ‘A jo ma wo sokoto kan na‘ (i.e more than one person wearing a trouser) which means there would be a fight or challenge between two guys or lady. On the song Falz narrates the different palava between Lagos private and commercial drivers, Motorists and passengers.