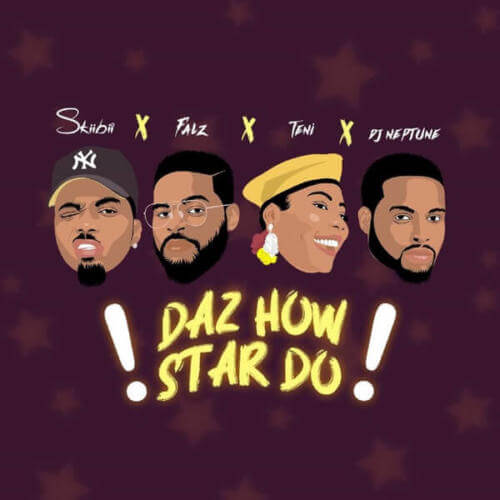 “Daz How Star Do” was released by Skiibii on May 24, 2019 and he features some of his industry colleagues on the song which turned out to be an immediate hit.

Infact, this song became big that some other Nigerian artistes did covers to it. It was very well streamed on music digital platforms, music followers loved it and still love it. It gets played at all social events and helps to ease the stress of workers at social clubs on Friday nights after a tedious work week. The groovy beat which was produced by Teni’s trusted sound producer and Dr Dolor Entertainment affiliated sounds really attractive and sure fits the tag of a dance propellant.

The mid-tempo song which has a great Hip-Hop tune has a video also and it was publicized on YouTube on May 24, the same day the audio was released and it has over one million views already