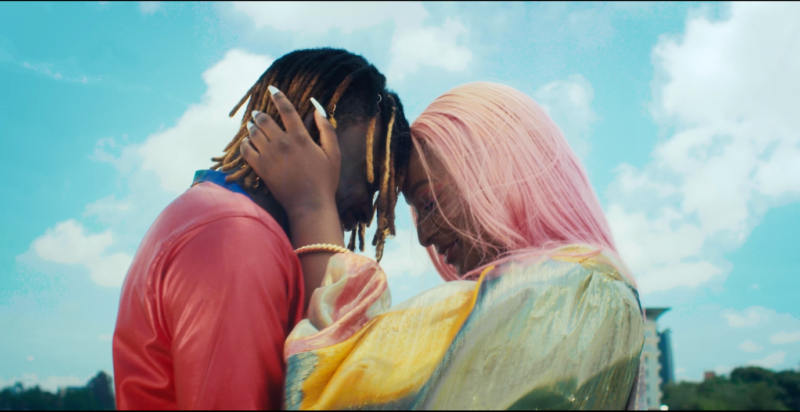 Cuppy has revealed that the Video shoot for Feel Good was her first time meeting with Headies award-winning singer, Fireboy DML.

The 28-year-old disc jockey and artiste made this revelation known via a post on her IG story, where she gushed about their amazing chemistry and how she is grateful for what they share. 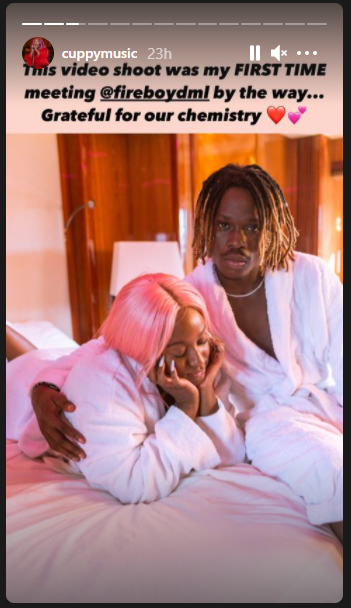 This revelation might make fans wonder how a popular Nigerian Dj like Cuppy, didn’t by chance run into a talented artiste like Fireboy. How were they able to work on the song which apparently Fireboy sang most of the verses with Cuppy chipping in?

Feel good is the fourth song off Cuppy’s debut aLbum Original Copy where she featured Fireboy. The video of the Feel good was recently released and has over 500,000 views on youtube. This “chemistry” was seen in the video and has spiked dating rumors between Fireboy and Cuppy.

“”Feel Good Video Shoot Was My First Time Meeting Fireboy” – Cuppy”, 5 out of 5 based on 2 ratings.