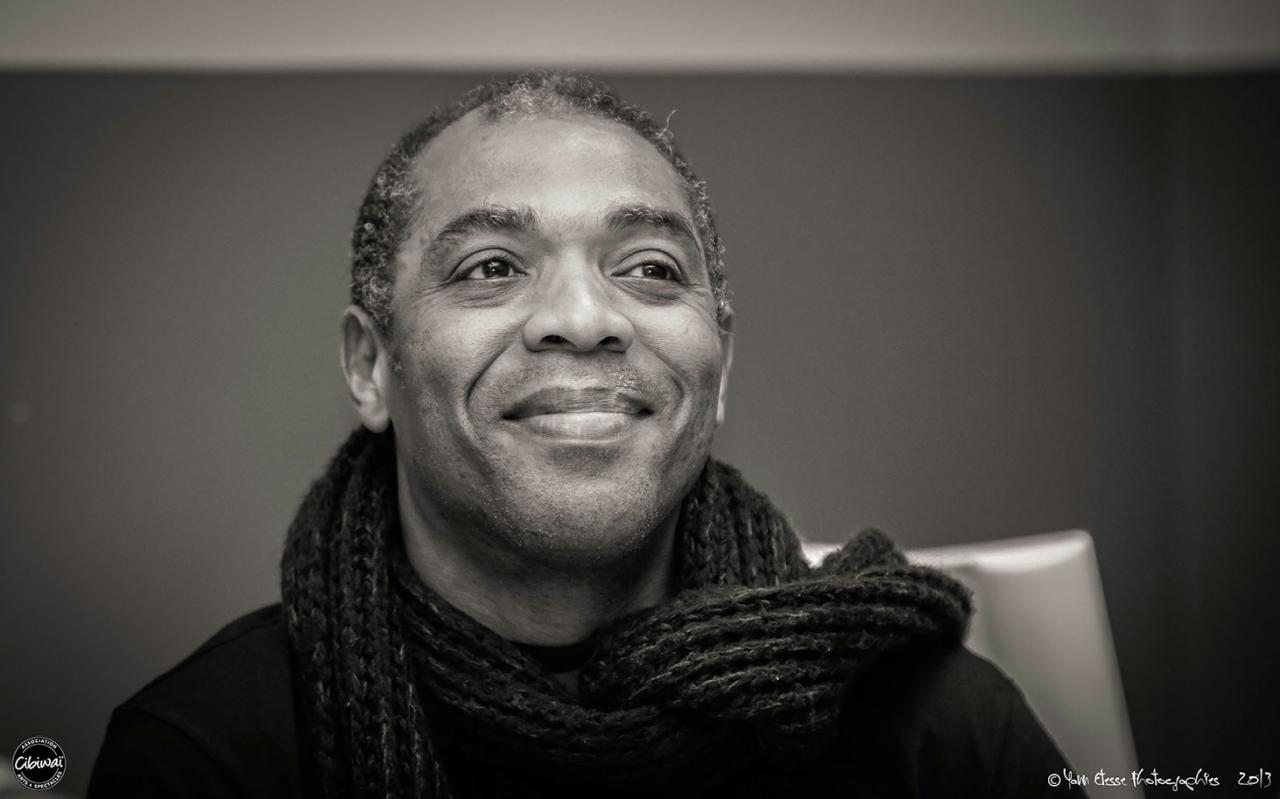 The singer via his Instagram page debunked reports that his father’s drummer, Tony Allen created Afrobeats alongside Fela Kuti. Tony was once a member of Fela Kuti’s Egpyt 70 band and passed away this year.  An Instagram user had argued that while Tony Allen is a great drummer, he didn’t create Afrobeat with Fela Kuti. Femi Kuti then agreed with him but another user said that they were both talented and didn’t agree with the statement.

Femi Kuti said that the documentary, “My friend Fela” which told the story of Fela through the eyes of Tony Allen, and Carlos Moore tarnished the image of his father as nasty things were said of him by the late drummer and Carlos Moore. He also said that indeed Tony Allen was a talented drummer but he did not create Fela Kuti’s music with him or for him. 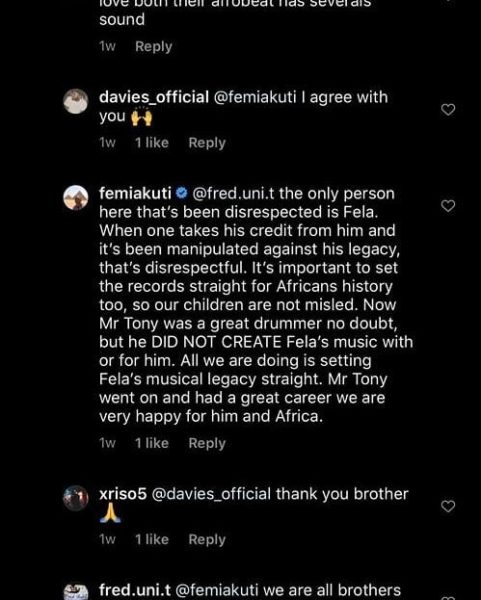 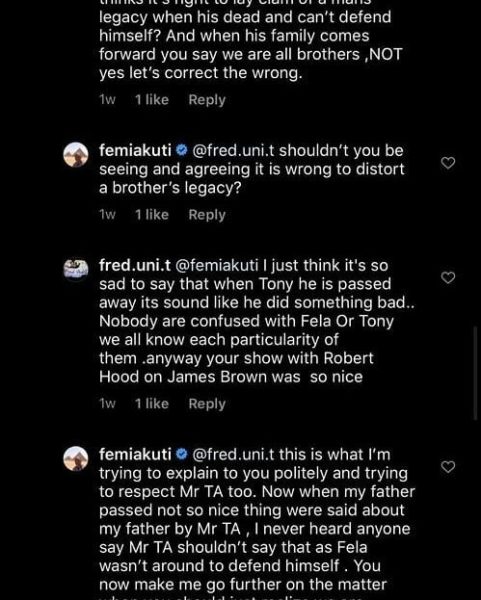 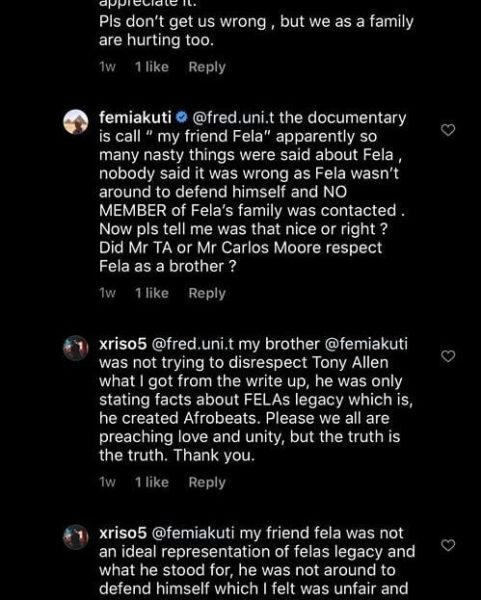 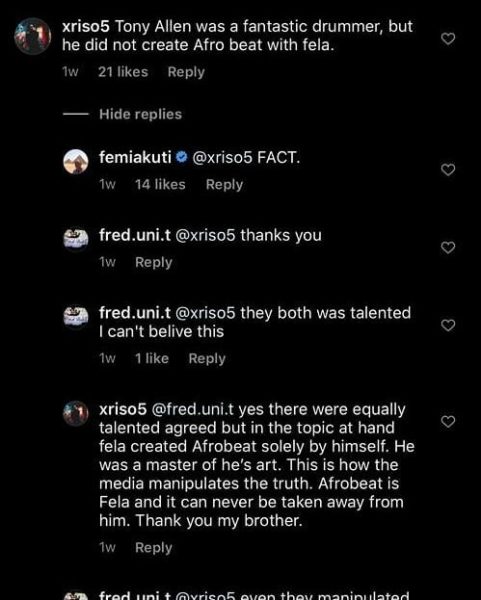 “Femi Kuti Argues That Tony Allen Never Created Afrobeats With His Father, Fela Kuti”, 5 out of 5 based on 1 ratings.