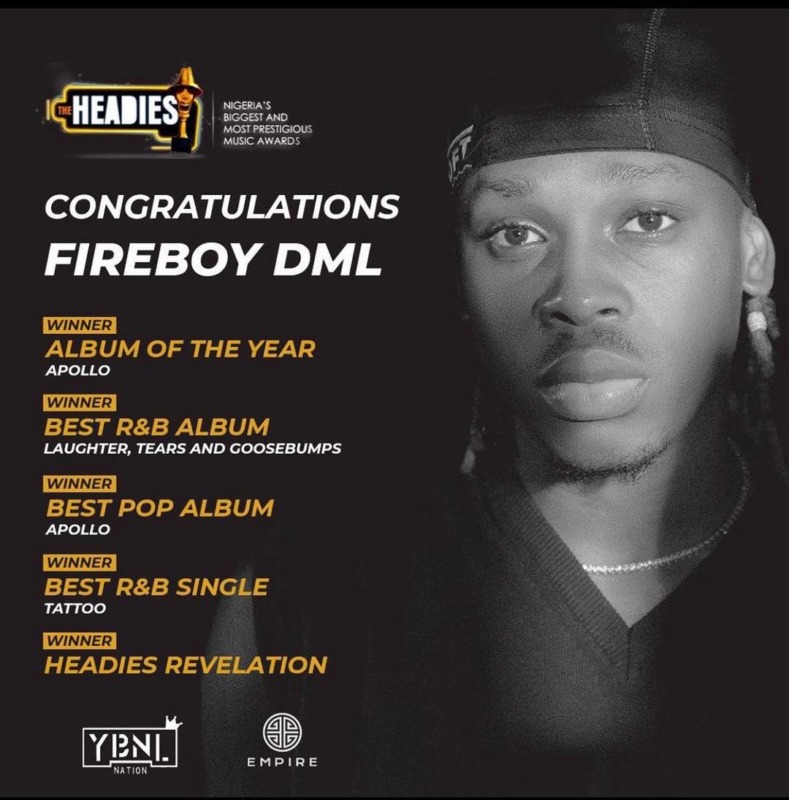 This year’s award (The 14th Headies) rewarded works released between July 2019 to September 2020, Fireboy DML topped with nine nominations, Davido & Wurld followed up with seven nominations each, while Burna Boy the reigning Artiste of the Year got six nominations.

February 21st, 2021 came and YBNL’s golden boy, Fireboy DML was the highlight of the night. The Champion crooner went home with 5 Awards and this earned him the most win artiste tag at The 14th Headies Awards Night.

The singer dedicated one of the above Awards to his friend, Oxlade (Award Number No. 4) and delivered a magical performance with the song, Need You.