"I Kuku Made Money With Your Name Too.." 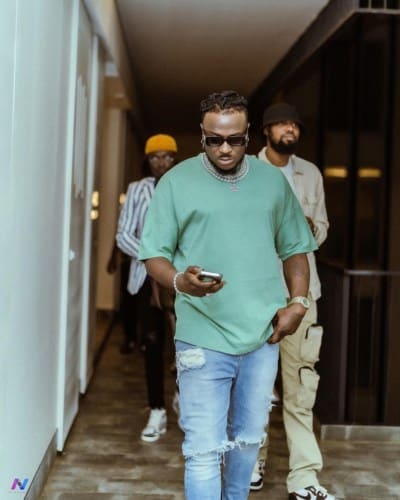 Nigerian singer, Peruzzi has shared a hilarious story of Fireboy’s reaction after he lost a FIFA game .

The Majesty singer took to Twitter to reveal that Fireboy DML rubbed it on his face that he made money from his name after losing a bet.

According to Peru, they placed a bet and when it was time for Fireboy to pay the agreed amount, he threw in insults.

Peru said Fireboy had the audacity to remind him that he made money from his name – PERU -so paying him isn’t an issue. With this, we don’t know if Fireboy is a sour loser or just a petty friend. 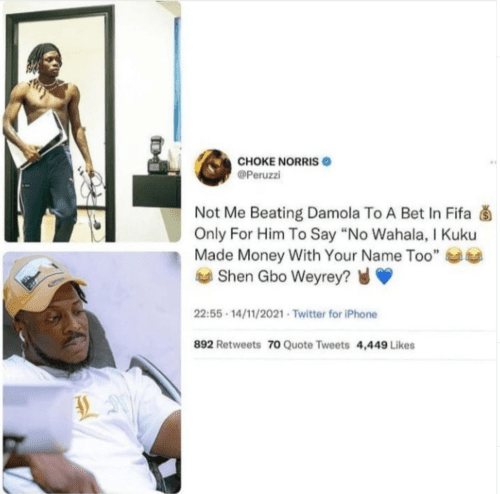