Forget MI Abaga, Vector & Others, The New King Of Rap Is Born! – KPROXZY 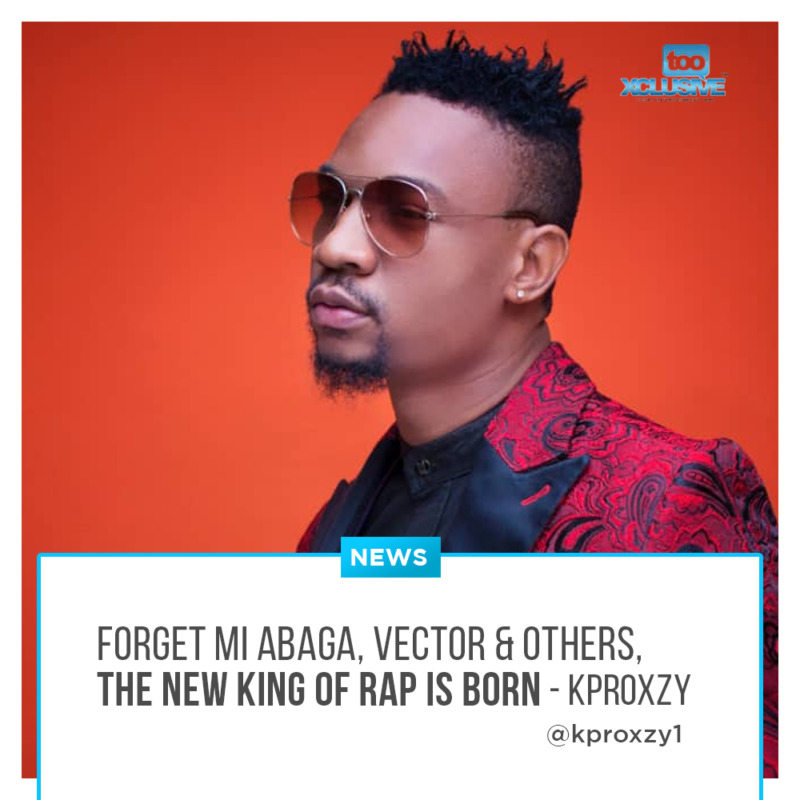 Unachukwu Edwin also known as Kproxzy is an amazing rapper with the littest lyrics, flows and delivery in the Nigerian music industry currently.

His name although might not ring a bell, but that’s definitely not because he lacks quality, it definitely has to be more about you adoring mediocrity and letting quality and finesse be undermined.

I can categorically tell you that there is no other rapper in the Nigerian music industry that is as good as Kproxzy or maybe in order to tone things down a bit, i would have to say he definitely would be among the best 3 rappers in Nigeria currently.

Blessed with an amazing song-writing ability, Kproxzy sounds like the MI of the 2009s and 2010s and one that even boasts of a better story-telling ability than the self-acclaimed “Best Rapper In Africa.”

Kproxzy is versatile, he could rap in Igbo, Yoruba and more often in the English Language (a trait lacking in many of the established rappers in the country). For someone who is a product of the Eastern part of Nigeria, it will shock you to know he raps in Yoruba, right? Yes, he does rap in Yoruba. But that shouldn’t be a shocker because it is only part of his ingenuity as an artiste and his understanding that several different people of different cultures listen to music, hence, the reason he feels the need to be a “full-package” type of rapper. Unlike some of your favourite rappers who are only able to rap in English Language and their native language without the ability or capacity to be an “all-rounder.”

Though he is similar to MI, he is much more better than the former Chocolate City chairman who cannot freestyle to save the life of his “dying mother.” Though people might find this piece a controversial one that has been prepared to help the artiste in question gain attention, it is very far from it.

Fact is what has been written is an absolute truth. If only you would do a little bit of findings on Kproxzy, you would understand the whole hype is not for anything gainful for him but for you who has been missing on arguably the greatest Nigerian lyricist alive in the Nigerian music industry currently.

When people talk about best generation of rappers in Nigeria, they call the likes of Ycee, Dremo, Ladipoe, Ghost (of SDC) and forget to include Kproxzy.. It is really not about baseless boasts and unfounded permutations that have caused me to place this young man so highly, he is a better rapper than the currently-known generation of rappers in Nigeria.

The ones that could be compared with him are the OGs (Vector and MI), people that respect so much his music ability and highly-polished rap talent.

There are a few songs that have been made and released by this artiste and these are songs that will help you stay closer to the artiste and enjoy his raw and undiluted talent.

There is a specific track, “Alejandro” in which the rapper brings back the memories of MI Abaga at his peak. His flows, story-telling, poetry-skill, delivery and wordplay will make you feel like you are listening to “Chairman,” however, you will enjoy and respect Kproxzy more because he is more fluid.

Welcome him to your speakers and put a respect on that name – KPROXZY!!!

Nigerian prolific Artist and commercial rapper, K-Proxzy after the success of his last 2020 single - AGU came through with...