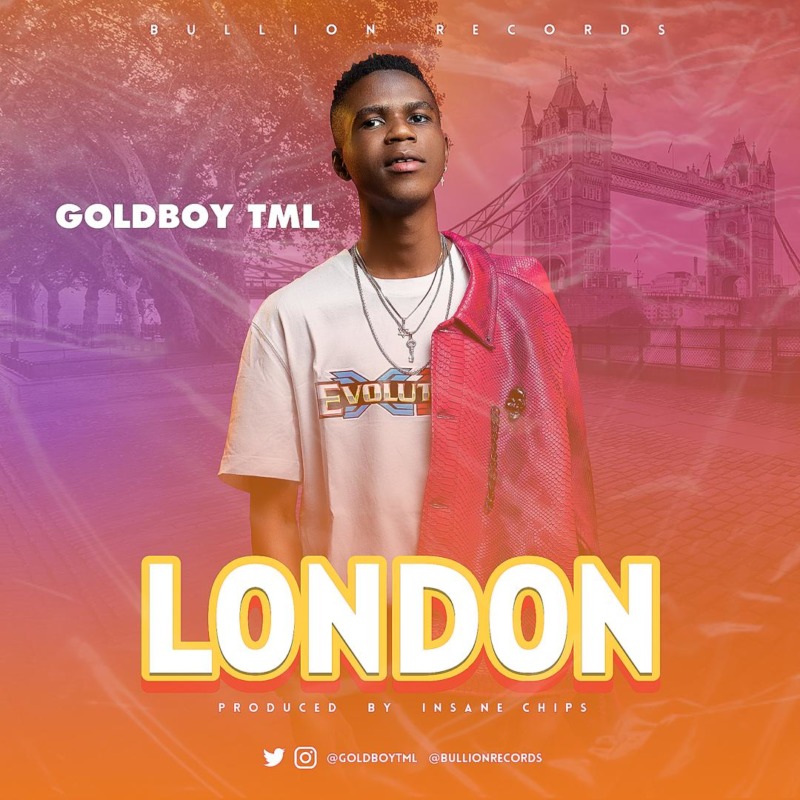 Salako Azeez Oluwatimilehin (born 13 September 1998), known Professionally as Goldboy or Goldboy TML, is a Nigerian Singer and song writer. He goes by the name Timilehin before changing it after he signed a recording deal with Bullion Records in 2020.

After the successful release of his hit song titled “Available“, which lots of air plays on many radio stations across Nigeria, GoldboyTML is out again with a brand new hit titled “London”. The song was produced by Insane Chips. Listen!

Get On Digital Stores HERE

‘London‘ is released with a visuals, Watch and Enjoy the official video directed by Mex Films below.