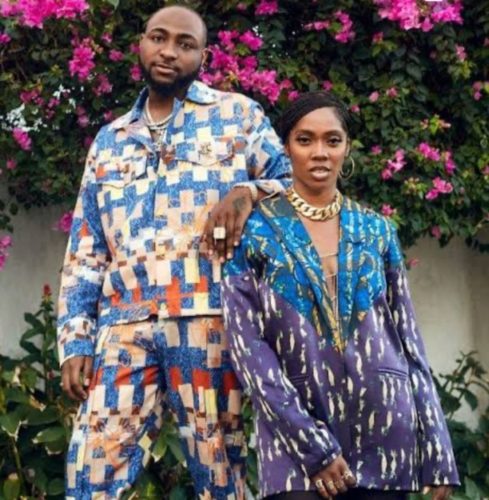 Obama DMW died on the 29th of June, 2021, shortly after complaining about breathing difficulty. His death shook the DMW clan especially his boss and friend, Davido.

You would recall how fans took to social media to sympathise with the DMW crew and Obama’s son, Malik. A Candlelight service also was held in his honour days after was buried in his hometown in Lagos State. At that time, Tiwa Savage and Davido were outside the country and didn’t attend both services

However, this morning, a video of Tiwa and Davido surfaced online. They were caught on camera paying a visit t to Obama’s gravesite. From the video, it can be seen that Tiwa and Davido just arrived from the airport with their security detail to pay respects to ObamaDMW.