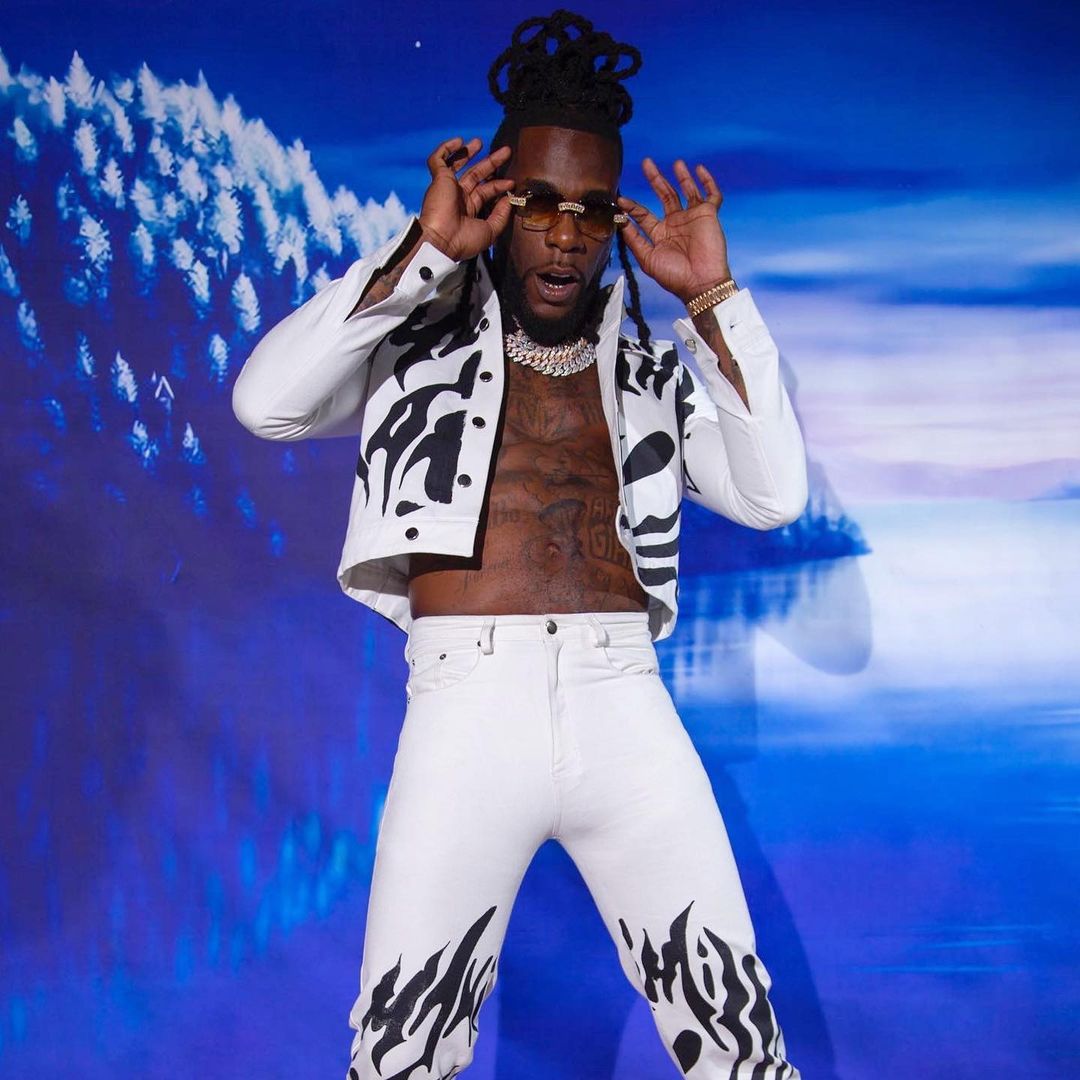 He reportedly battled cardiac angiosarcoma, a rare form of cancer for two years until he gave up the ghost.

Burna Boy took to his IG page to express his sorrow over Abloh’s death.  With the picture he shared on his story, Burna boy noted that he can’t believe Abloh is gone.

He wrote that they spent hours on the phone talking about his next album and he was supposed to be the creative director.

Burna also revealed that he had no idea he was sick, in his own words, ‘he seemed so full of life’

Until his death, Abloh was the founder of Off White, an Italian luxury fashion label and was the first African American to head a prominent luxury French fashion house. He was also the Men’s Wear artistic director for Louis Vuitton. 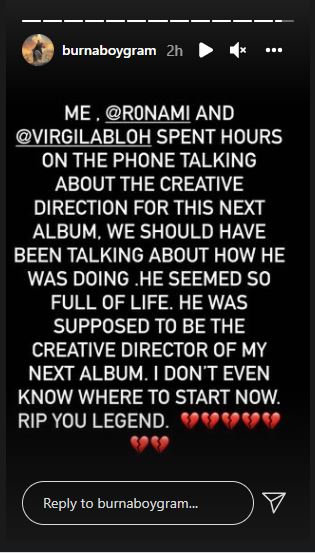