Previous: Orezi & Nigerian Actress, Yvonne Jegede Spark Dating Rumours After Romancing Each Other At An Event
By Olabimpe O | Apr 16, 2020 | 15:32 - Leave A Comment 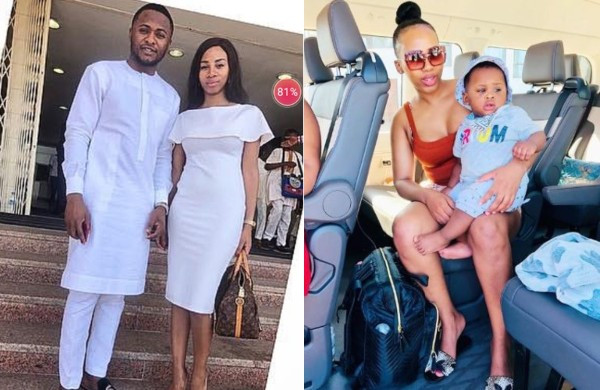 Ubi Franklin’s 4th Babymama Iheuwa has responded to his 3rd baby mama’s claims of Ubi being a dead beat father.

Sandra Iheuwa took to her Instagram page to debunk the claims made by his South African Babymama and revealed that Ubi is an amazing dad to his kids and tries his best to be there for them. According to her, Nicola has been the reason why Ubi has never seen his son even after making several efforts to see him. Sandra stated that Ubi sends Nicola money regularly for the upkeep of their child, so she shouldn’t be complaining.

Sandra who has since settled her beef with Ubi Franklin after he initially denied her pregnancy, stated that Ubi couldn’t make it to South Africa when Shiloh was born in April 2019 because of all the Xenophobic attacks and that Ubi even offered Nicola money to bring Shiloh down to Nigeria but she refused. She went on to state that Nicola was made such remarks because she thinks they are in a romantic relationship.