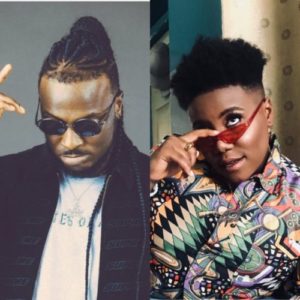 DMW act, Peruzzi, has expressed his disappointment over Teni winning the Soundcity MVP’s Next Rated awards last night as he thinks he deserves it more.

He made it known via his social media moments ago. He said last year was the year he worked “hardest” than any other new act and a year he also made more money than any of the other new acts as well.

He however says it is not a matter of pride that he has said what he said, but that he is in a class of his own and no other new act comes close.

This has been seen as a controversial remark by many music fans. And we just hope this won’t kickstart the first music industry beef of 2019.

Do you think Peruzzi is right about deserving the next rated award more than Teni?

“”I Had A Better Year And Made More Money Than Teni” – Perruzi Boasts After Teni Wins Soundcity MVP Best New Act”, 5 out of 5 based on 1 ratings.

Nifemi is a graduate of the University of Lagos. He's a unique user of the pen when it comes to the expression of whatever. He is editor-in-chief of the organization and also a writer of news, articles, editorials and a lot more to help expand the level of knowledge of the readers and simultaneously have them entertained. A lover of music and football is who he is and a Man Utd die-hard.
Submit your comment
38 total comments on this postSubmit yours
Popular Posts