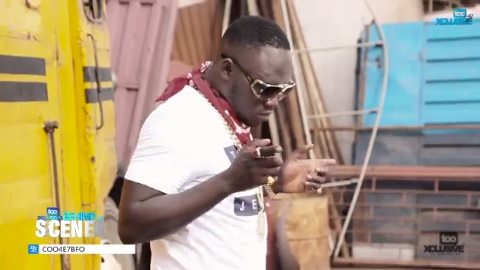 The singer was interviewed by the entertainment team of The Punch where he was quizzed over the viral video where he is seen endorsing the call by Nigerians that the Special Anti Robbery Squad be ended. He was also reminded that people felt the reason he said that was because he was under the influence of alcohol and Yomi quickly tackled the opinion by revealing it’s been four years since he tasted alcohol so there was no way he could have been influenced by alcohol to say what he never said.

He said; “Nobody has called me from the police authorities to explain myself. I don’t drink. The last time I took alcohol was four years ago. In the video, did you see me holding any drink?”

This revelation by Yomi Sars would definitely raise eye brows among music fans as many believe due to the kind of songs he sings, he definitely must be taking hard drinks to be able to put those lyrics together not to talk of releasing them as songs.