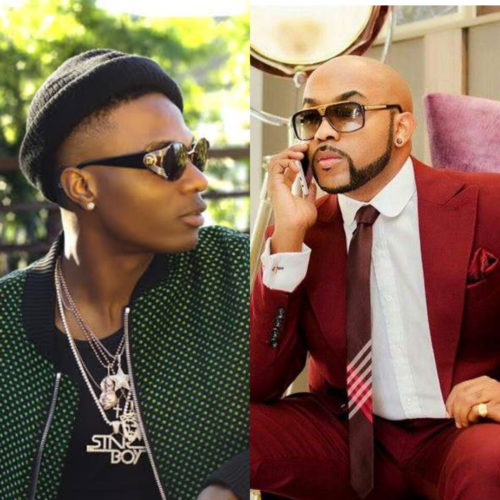 Wizkid has revealed a shocking news a lot of people never knew in the music industry never knew.

The Nigerian-international music superstar who currently is preparing for his forthcoming massive show at the 20k capacity London O2 Arena has revealed he left Banky W’s EME record label with absolutely no money in his account. Starboy made this revelation while on an interview with Capital Xtra in the United Kingdom and this has already got a lot of tongues wagging in the Nigerian music scene.

This latest revelation by Wizkid although is not being seen as a fact by some music followers as they believed Wizkid was showing great signs of financial capability during that period which precisely was in 2014, however others believe there could be an atom of truth in it. While the news is gradually spreading across the internet, some people have started to seek Banky W’s attention as they want him to ascertain if the news is true or not.

Wizkid left EME in 2014 before going to flaunt his own record label; Starboy Worldwide in the same 2014.

Watch video of Wizkid’s interview below:

Wizkid reveals he left “EME” with Zero Naira in a recent interview ? CapitalXtra

Nifemi is a graduate of the University of Lagos. He's a unique user of the pen when it comes to the expression of whatever. He is editor-in-chief of the organization and also a writer of news, articles, editorials and a lot more to help expand the level of knowledge of the readers and simultaneously have them entertained. A lover of music and football is who he is and a Man Utd die-hard.
Submit your comment
17 total pingbacks on this post
VIDEO OF THE WEEK