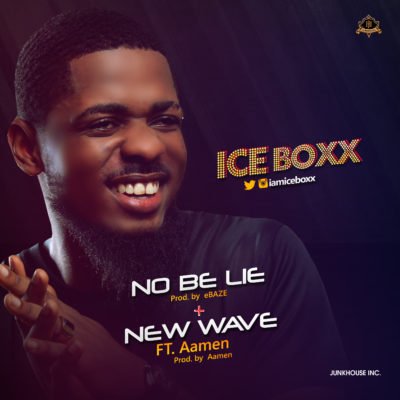 Rap Titan “IceBoxx” who made his debut on this platform with “No Problem” is back with new music for his ever ready fans.

The JunkHouse Entertainment flagship artiste puts out two hot singles titled “New Wave” and “No Be Lie”, to mark his birthday today.

New Wave which features Aamen, is a feel good record with a lovely bounce. The Aamen produced jam has a feel of the carribean sound fused with Afro beats and trust me the fusion is quite interesting and ear warming. Certainly, a club starter.

No Be Lie is produced by eBAZE (Head Of The JunkHouse Music Production Team). This song should do well on the streets and clubs as it has some dancehall vibes, sing-along chorus and a playful yet deep rap verses.