If Kanye West Request For A Nigerian Rapper To Be On His ‘Donda’ Album, Who Would You Nominate? 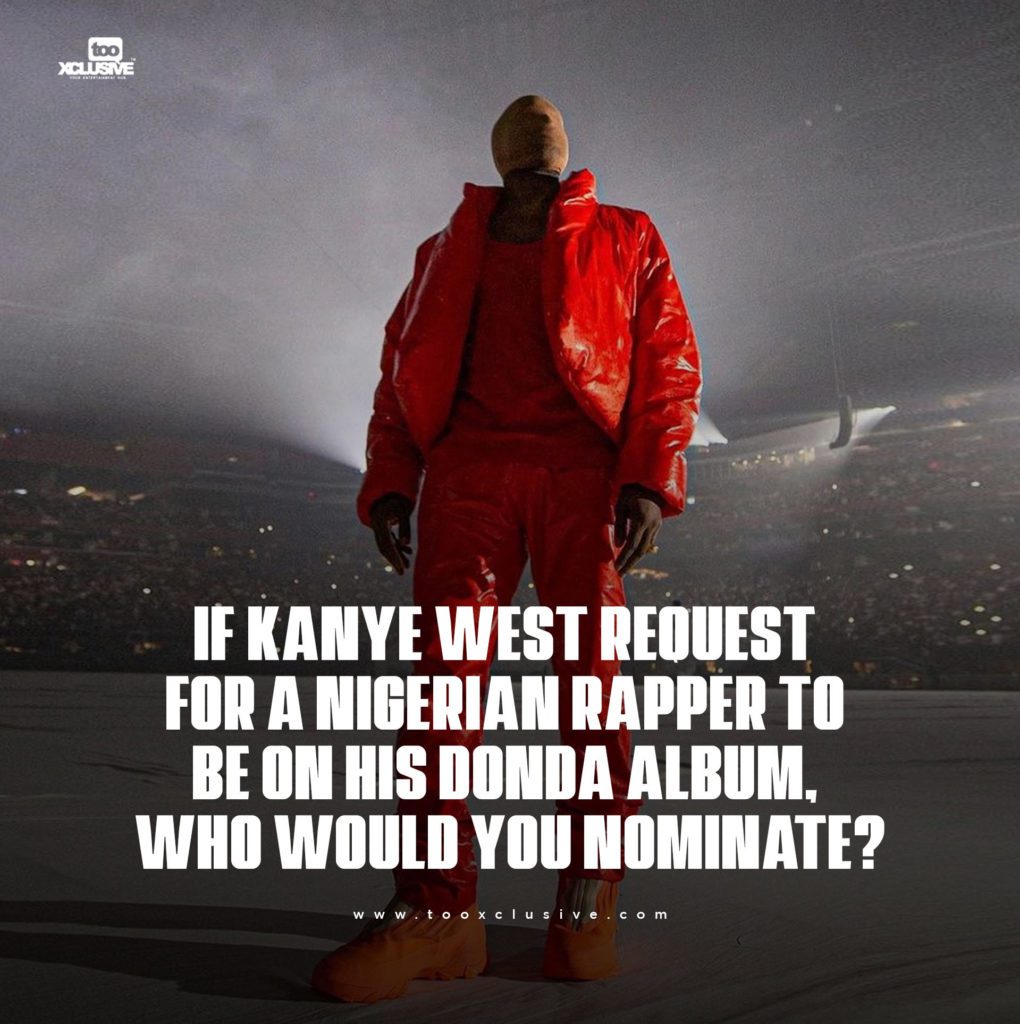 Which Nigerian Rapper Can Match Kanye West’s Flow, and Would Murder A Kanye’s Feature?

Kanye West can’t stop pulling new surprises with his highly anticipated album, Donda. After organizing a listening party at the Mercedes Benz Stadium in Atlanta, Kanye has refused to drop the Donda album. He has just been teasing fans with his silence, works and features of the project. Jay Z reunited with Kanye on this forthcoming project. Reports had it the Jay Z recorded his verse at the Mercedes Benz Stadium few hours before the listening party.

Just yesterday Kanye teased fans once again with a screen shot of his call log which revealed himself and The Weeknd might be on a track.

With the progress of this Donda album, If Kanye West reached out to Nigerians to suggest a rapper they would love him to work with… Who would you nominate?