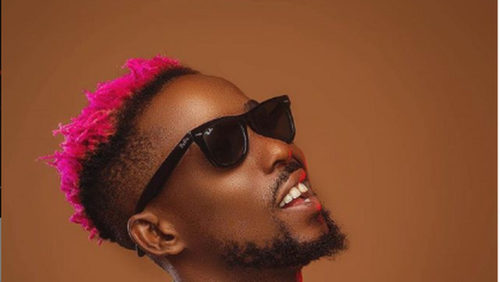 Rapper; Erigga has given his opinion on what on recent beef that has rocked the genre of Hip-Hop music in Nigeria.

If you think the rapper has given an opinion to let peace reign or let the continued ‘war’ thrive then you are mistaken. He has come with an entirely differently weird opinion. An opinion that sits in between the fence, it is an opinion that does not support the end of the beef or its continuity. He believes if any beef is worth it, then it should be able to cause the participants to be able to carry guns or get physical when they meet each other in public places. He says if the beef cannot birth any of these, then they should all rather shut their mouth and stay cool.

The rapper who is preparing for the release of his incoming album, “Erigma” which is set to drop tomorrow took to his Twitter and Instagram page to share the opinion. He wrote; “If all this una beef no reach to set blow fight or carry gun when una see for mega chicken or Eko hotel make all of una shut up una de disturb my album release.”

If all this una beef no reach to set blow fight or carry gun when una see for mega chicken or eko hotel make all of una shut up una de disturb my album release ??? Oct 4th the erigma drops