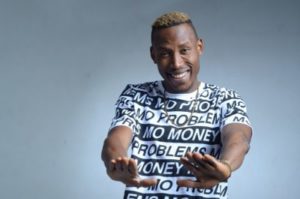 Singer, Mr. 2Kay had a recent chat with HipTV during which he spoke about the controversial stance of Daddy Freeze on the issue of tithing in Church.

The singer said that he is not a fan of the controversial anti-tithing crusader, Daddy Freeze, further making it clear that the ‘Free Sheeple’ campaigner is against what he believes in.

“I’m not a fan of @daddyfreeze, I’m against him”[email protected]