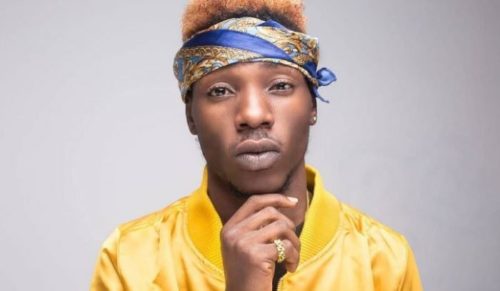 The internet and the Nigerian music industry is currently experiencing a heat moment as former YBNL rapper; Davolee, just dropped a diss track for almost every rapper in the music industry including MI Abaga and Blaqbonez.

Y’all could recall that the industry beef that is currently on is between Vector and MI. However, Davolee in a shocking move has decided to weigh in on the matter, throwing shades at MI and so many other rappers. This move by Davolee has causes a ruckus on social media and many people have started reacting. Some have called it silly move while others feel it’s a great move as it would help bring his career back on the right track. 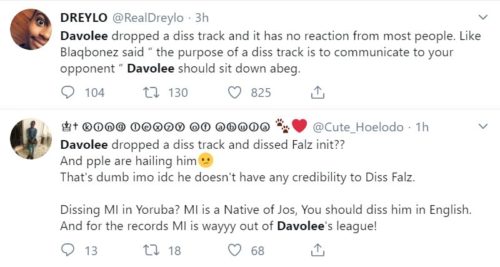 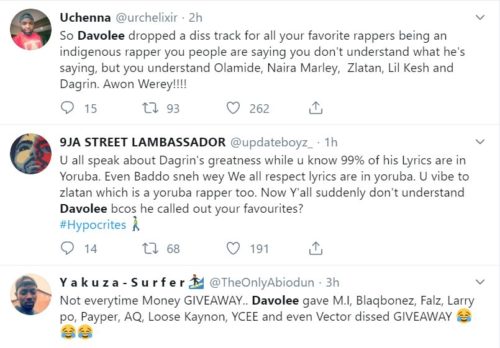 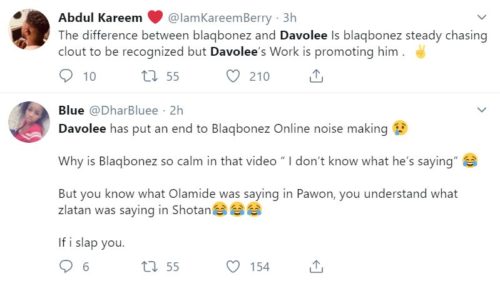 “Internet On Fire As Davolee Shades MI, Vector, Ycee & Others In Newly Released Diss Track”, 5 out of 5 based on 2 ratings.