Is Mr Eazi Now A Bigger & More Influential Artiste Than Tekno In Africa? 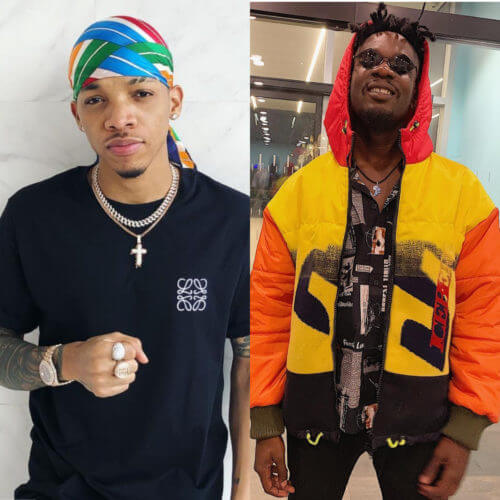 Tekno is a talented musician and record producer, he is one that has taken his time to build his craft to a level whereby he is now regarded as one of the big players of Afrobeats in Africa.

Mr Eazi also is a talented artiste just like Tekno and just within a shortwhile, he has become an established African music superstar.

However, because comparing artistes is inevitable in music, we have decided to evaluate and establish now, which the bigger artiste is through your verdicts. Read through the sparing piece below.

Tekno came into the industry about 6 years ago and he gradually worked his way to the top of Nigerian music with back to back hits like “Duro,” “Pana,” “Diana,” “Rara” and a few more. However, for almost 2 years now, Slim Daddy like he is fondly called by his lovers for different reasons have not been able to replicate the brilliant form he produced about 4 years ago.

On the other hand, Mr Eazi came into the industry in 2016 precisely, releasing hit songs upon hit songs just like Toekno did in the same year and since then, he has gone on to release two successful music projects.

Mr Eazi although highly underrated, is one of the most streamed Nigerian artistes in the history of Afrobeats and he’s a well recognized & loveable artiste outside Nigeria and even Africa.

Conclusively, with his commercial might and the fact that he already has two music albums to his name, a lot of people are now nuturing the motive that Mr Eazi might now be a bigger and more influential artiste than Tekno in Africa while others disagree and feel just because of the fact that Tekno has one of the biggest songs (Pana) ever recorded in the history of Africa, Mr Eazi hasn’t still gotten to his level.

What do you think? Do You Think Mr Eazi Is Now A Bigger & More Influential Artiste Than Tekno In Africa?

Nifemi is a graduate of the University of Lagos. He's a unique user of the pen when it comes to the expression of whatever. He is editor-in-chief of the organization and also a writer of news, articles, editorials and a lot more to help expand the level of knowledge of the readers and simultaneously have them entertained. A lover of music and football is who he is and a Man Utd die-hard.
Submit your comment
19 total pingbacks on this post
VIDEO OF THE WEEK