Isreal DMW Cries Out; “Help Me Beg My Oga..”, After Davido Instructed His Lawyer To Sack Him 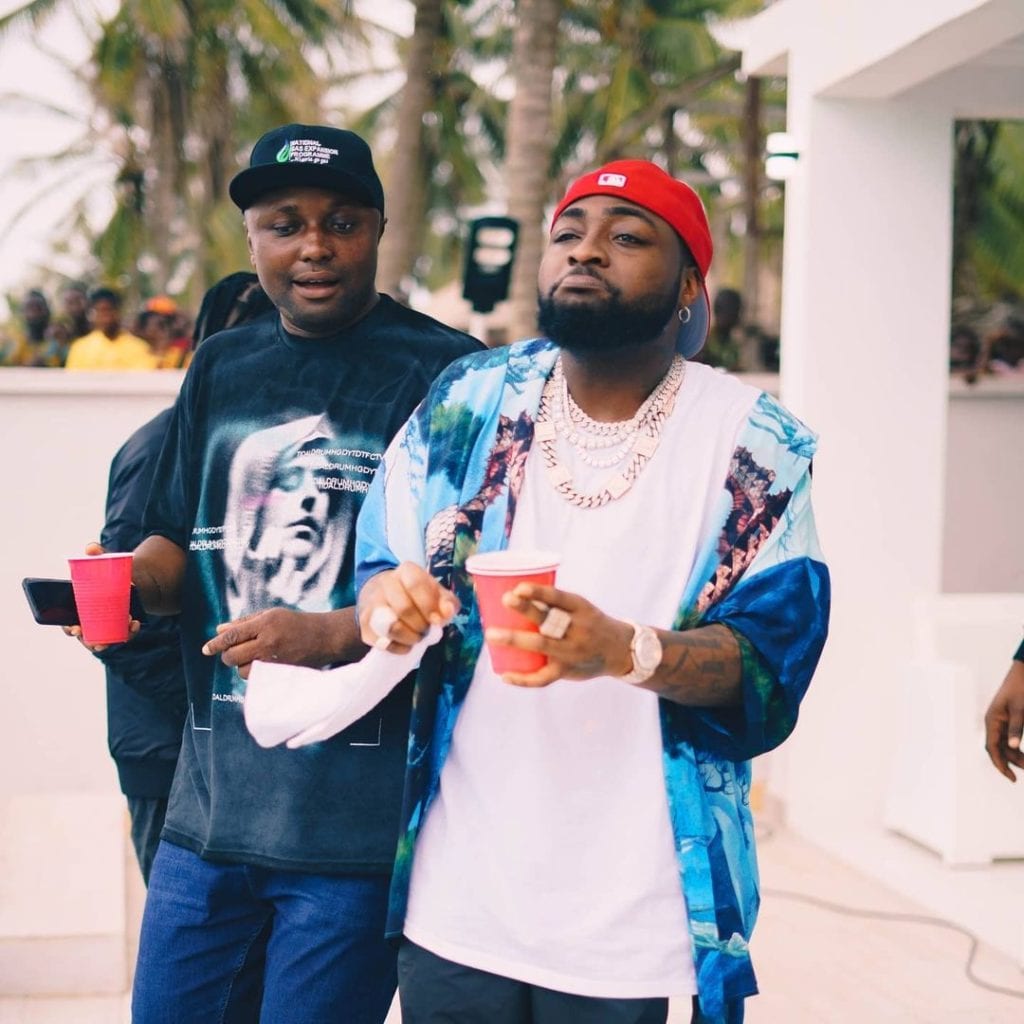 Davido’s soon to be ex-logistics manager, Israel Afeare has begged Nigerians to plead with his boss not to fire him.

His appeal is coming hours after Davido made it known that he is patiently waiting to read Israel’s Sack letter. This wahala started after Isreal DMW shared his thoughts on the Hushpuppi and Abba saga. As seen on IG, Israel passionately defended Abba stating that he is a clean cop and the FBI should provide evidence to back their claims that he assisted Hushpuppi.

His support didn’t sit well with his employer who immediately suspended him. Davido also made his intentions of firing Isreal DMW known through his Lawyer, Prince.

Reacting to this, Israel has asked Nigerian to beg Davido not to fire him after serving him for 9 years. He admitted that he was wrong and his comment in regards to the Hushpuppi and Abba saga was uncalled for.

Israel stated that he had no idea he was in hot soup until Ubi Franklin called him and told him. He disclosed his suspension has made him depressed and he will be more heartbroken if Davido fires him through his lawyer. 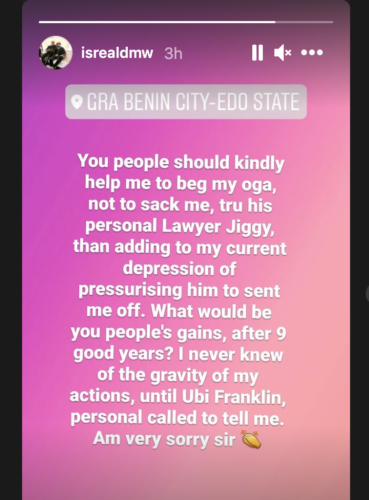