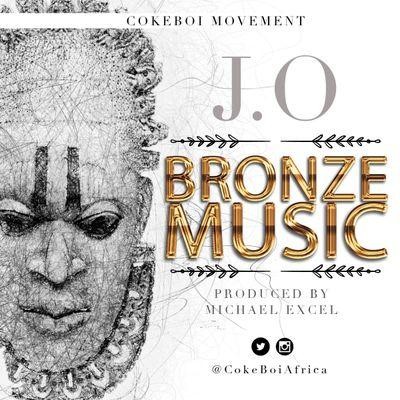 After a long hiatus off the music scene, Rapper J.O, better known for his distinctive voice, flow and rhyming, is one hardworking independent artiste who has been grinding on his turf for a while now with his Cokeboi Movement team, which houses most of Southern Nigeria’s talented artistes.

He releases a brand new single “Bronze Music“ which samples the legendary Ohenhen; a great hip-hop song with that nostalgic vibe (especially for those from Benin), and produced by Michael Excel. This song has a certain niceness to it and it is sure to touch you in some type of way. There’s also a video in the works and a release date would be confirmed soon.