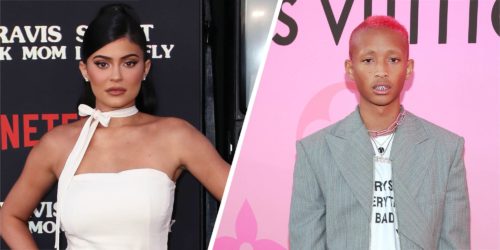 A lot has happened in the few days that the news about Kylie Jenner and Travis Scott’s split hit the media.

Since the separation, some eventful things have happened regarding Kylie and Travis. One of which was the fact that Kylie and ex-boyfriend, Tyga were seen together in the rapper’s studio just barely 48-hours after the news of their split got on the internet. Meanwhile, another shocker has also hit the internet and it still has do with Kylie. The billionaire was pictured with Jaden smith in the most surprising manner.

Jaden was seen grabbing Kylie’s butt and this has already sparked a dating rumour between the two.