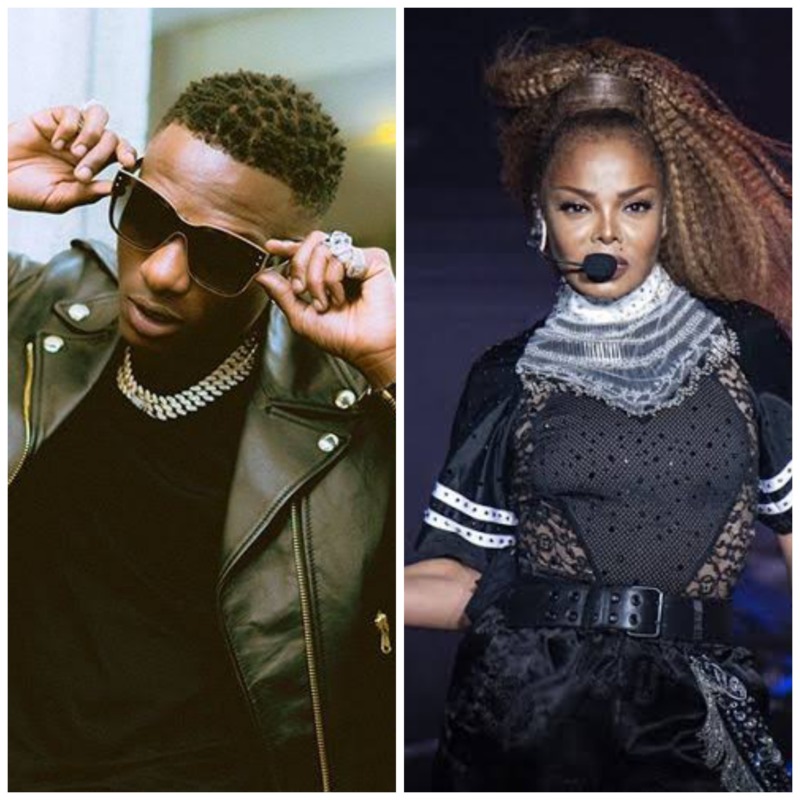 International celebrities can’t seem to get enough of Wizkid and its apparent that it can’t be helped. The likes of Drake, Chris Brown, Alica Keys, Swizz Beats, Tyga and so many others have all attested to the singer’s legendary status. Janet Jackson has joined the long list of artistes to declare love for the singer.

The sister to the late king of pop, Michael Jackson created a playlist called “Come Thru & Vibe”  on Spotify to show fans music she has been listening to lately and two Wizkid songs were included. Wizkid’s smash hit “Joro” and his feature on Kept & Konan’s “G-Love” made the list. Songs from Usher, Teyana Taylor, Rotimi, H.E.R, Ella Mai and Wale also made the list.