‘Joeboy’ vs ‘Rema’, Who Is Badder?… As Joeboy’s “Call” Announces It’s Going To Be A Bad Boy Season 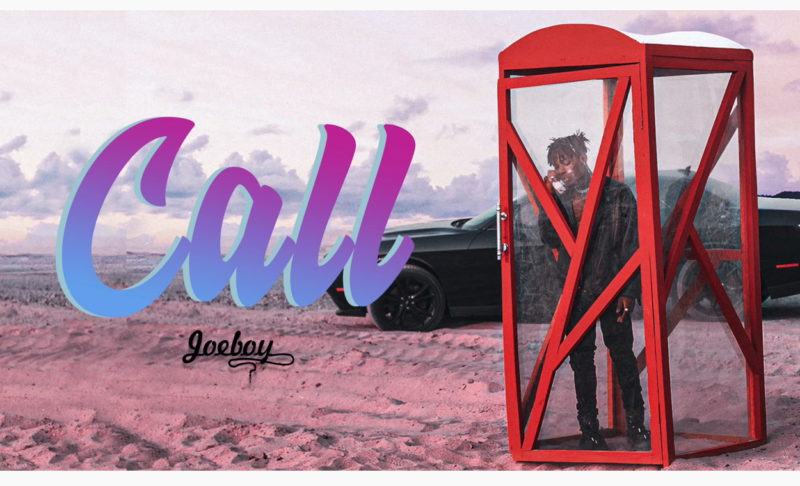 Nigerian singer, Joeboy released his first single of year 2o20 “Call” from his upcoming debut album and we are pleased that he decided to quench the appetite of his fans right on time.

Joeboy already understands the fact that his songs have become a drug to music lovers as many rely on him to release music because of its therapeutic effects (in my own opinion though). It is no news that he writes absolutely beautiful love songs and we’ve seen that in not only “Baby” but tracks like “Don’t Call Me Back” and “Beginning” and basically other songs in his debut EP “Love and Light”. Another unique feature of his songs is the storytelling. Each song makes you interested in what might happen next and most of the time it’s not what you would expect.

Staying in the music game isn’t easy because music lovers hardly get accustomed to one kind of sound. You’ve got to switch things up once in a while to let fans know that you’ve got some kind of insane energy bottled up- you’ve got to be the bad guy and the good guy.  Joeboy entered the game as an innocent love-struck dude trying to get the attention of his significant other so any song you would expect from him would be the regular love songs.

However, with the release of “Call”, Joeboy has allowed himself to be seen in another light. Joeboy was in full bad-boy mode and we are totally loving his energy. The new look is bolder, exciting and more refreshing. It’s the kind of content we signed up for. “Call” is a catchy love song produced by Dera which sees the singer singing about the beauty of a woman that left bewitched. He can’t stop thinking about her and simply wants his love interest to know that he would do anything just to be there for her.

The beat of the afro-pop track was groovy and danceable. Joeboy really came through with his amazing and unique vocals, singing smooth melodies and good lyrics. The overall production was great and the vocals were clear, audible, and were well balanced. This song might be teeny bit below the standard that the singer has set for himself but it doesn’t change the fact that it’s addictive and pleasant to the ears.

The video, directed by TG Omori shows Joeboy in a dystopian, sci-fi love story which perfectly fit in the song’s storyline. Joeboy served real bad boy vibes. From the car stunts at the beginning to pulling up after the phone call and to thousands of his fans hailing him at the end. We can see that Joeboy is ready to be one of Africa’s biggest pop exports.

Olaosebikan Olabimpe is a News Writer and Content Creator at Tooxclusive. Her idea of a great day is to be indoors snuggled up with a book and good music. She is also a passionate lover of rap.
Website
Submit your comment
37 total comments on this postSubmit yours
VIDEO OF THE WEEK
Popular Posts