“Just Because Of Grammy, Burna Boy Sold Us Out…” Twitter User 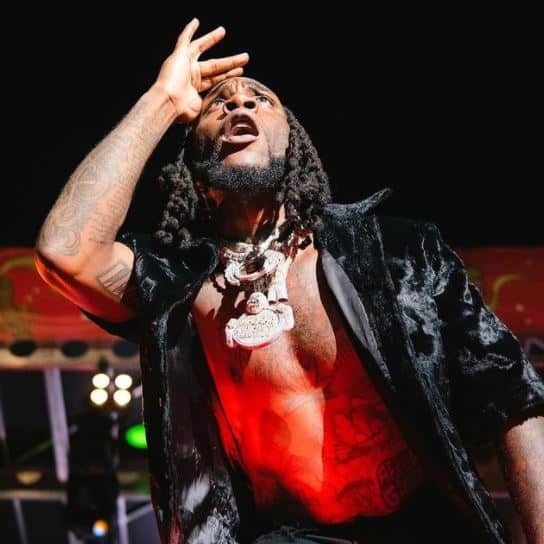 Burna Boy is being called out for selling Africans for his Grammy award.

A Twitter user -Jeff- took to the bluebird app to drag Burna boy through the filth. According to Jeff, Burna Boy sold Africans out when he give the whites folks what they love to see and hear about black people in his songs.

He recounted the time Burna boy said losing the first Grammy nomination made him sick and how Angelique Kidjo finally told him how to win a Grammy.

According to him, Angelique told him the kind of songs he should make to fit the best global album criteria. He asserts that this is the reason Burnaboy released Wonderful with a video as the first single on his Twice as Tall album.

Read his tweets below 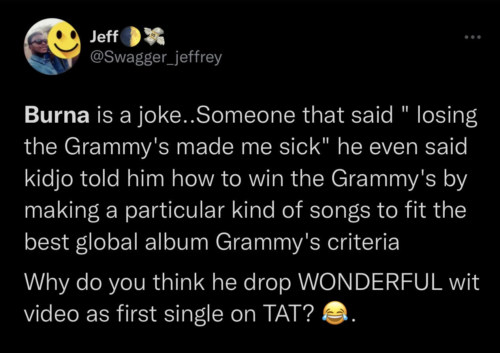 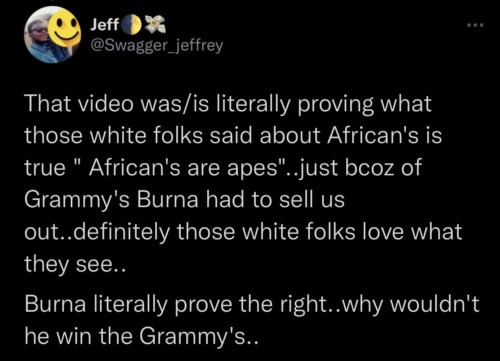 Phyno – “Do You Wrong” ft. Olamide