Justin Bieber Thanks Wizkid For Featuring Him On His 2021 Summer Jam, Essence 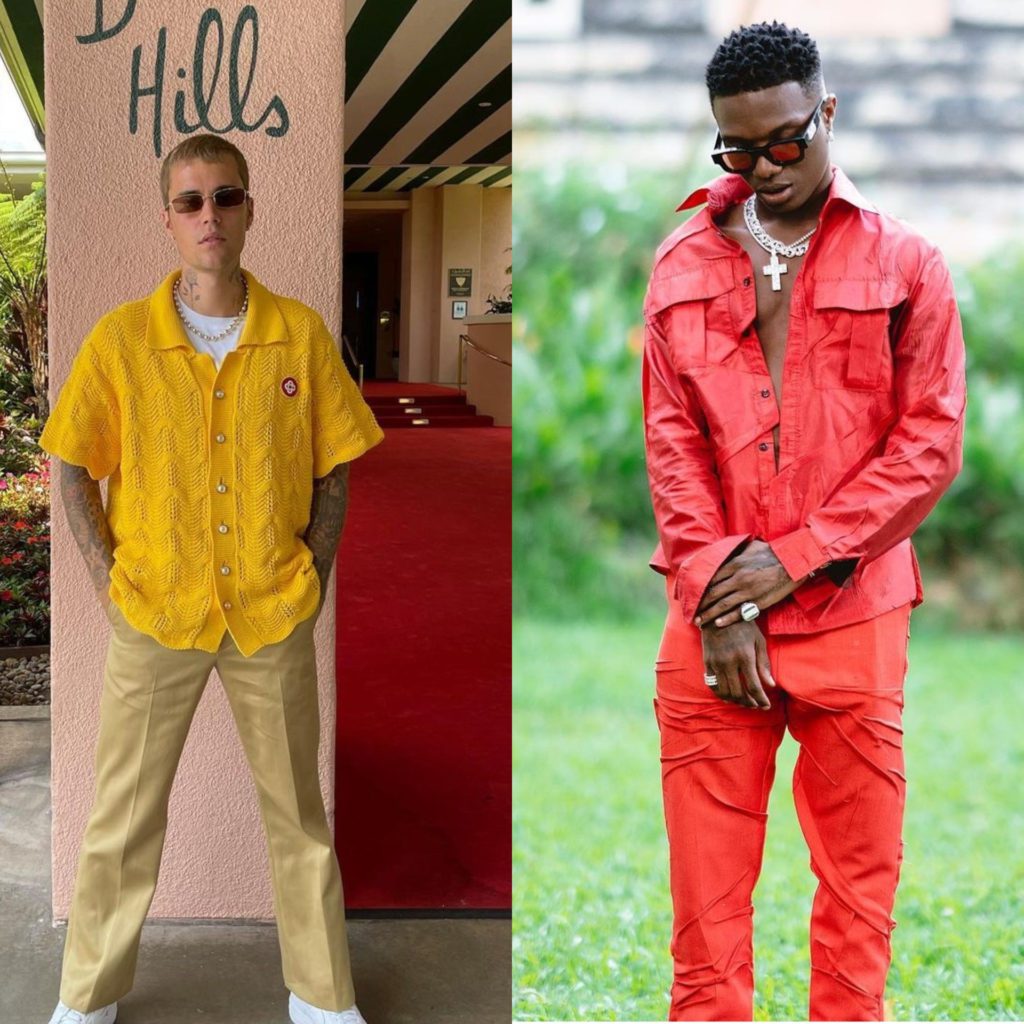 Well, Wizkid wasn’t capping when he said he had something special for us.

In the late hours of Wednesday, Wizkid hopped on Instagram to announce the remix of his song with Tems, Essence. That’s not all! From the cover art on his page, Wizkid decided to feature the Canadian singer, Justin Bieber on the song.

Reacting to Wizkid’s announcement, JB confirmed their song together. He expressed his excitement on Instagram and thanked Wizkid for “letting him jump on the song”.

Music lovers who thought a Wizkid x Tems collab is the best thing ever are over excited for a Wizkid, Tems and Justin Bieber collaboration. We know the magic Wiz and Tems made on the summer Jam and with JB touch, Essence is heading for Mars!

The remix of the Essence will be dropping Tomorrow, 13th of August, 2021 and tonight in the United States. 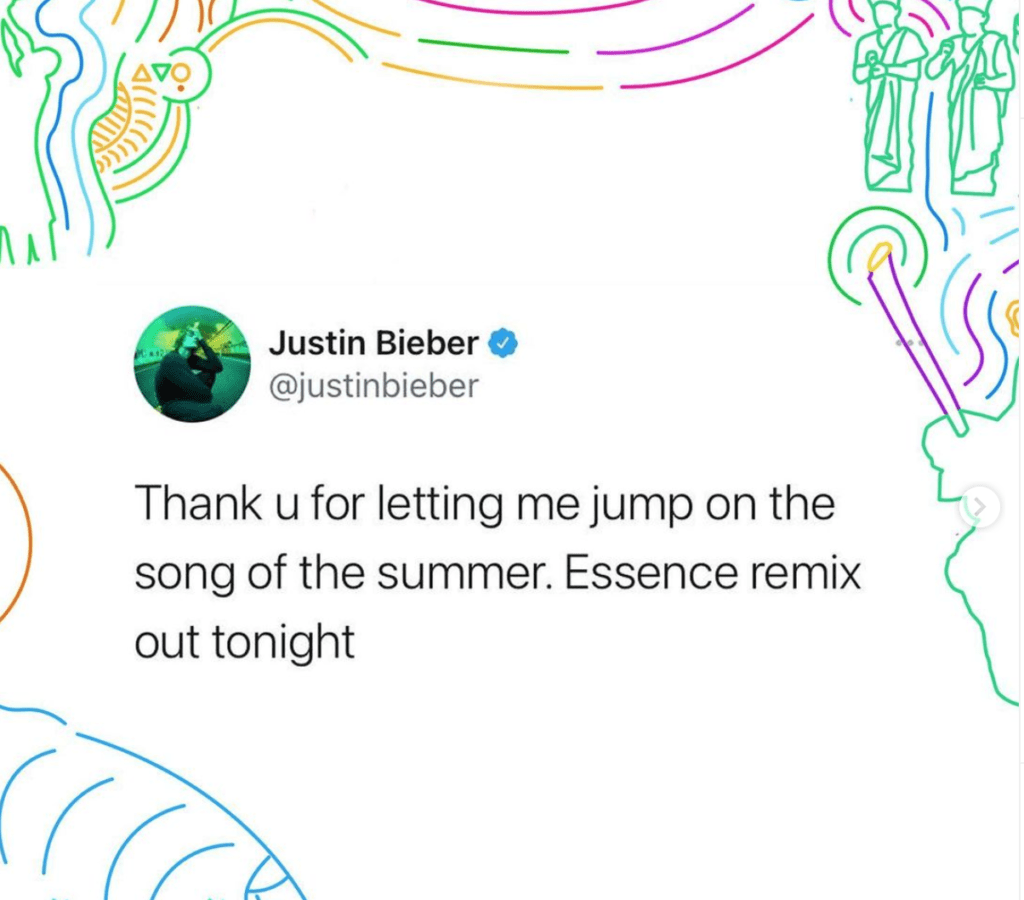